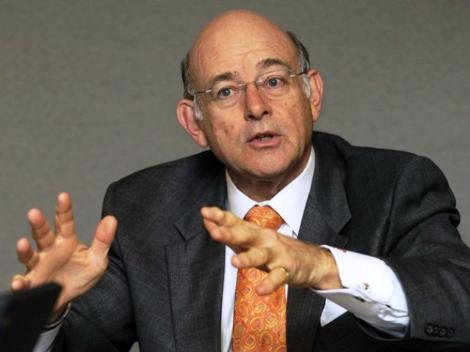 Apple’s newest board member is a living embodiment of just why we should all be using Macs — but unfortunately not in a good way. You see, his former company, Northrop Grumman, is currently causing huge problems in its implementation of computer systems across the state of Virginia.

Ronald D Sugar, the former defense and oil guy who now shares a table with Al Gore on Apple’s board “was chairman and CEO of Northrop Grumman in 2005 when it won the bid to rebuild the state of Virginia’s computer infrastructure from top to bottom,” reports Apple 2.0.

Things went a little tricky after that, Philip Elmer-DeWitt recounts a story of a $2.4 billion contract covering all the state’s computer tech, observing, “for the people of Virginia, it’s been a nightmare, plagued with cost overruns, missed deadlines, security breaches and balky service.”

There’s problems at every agency using the systems, he reports. There’s been major security breaches, and extensive periods of lack of service.

And here’s the Apple ad:

The system is based on HP hardware and Microsoft software.

“They aren’t Apple computers,” said Marcella Williamson, a spokesperson for the Virginia Information Technologies Agency. “I can tell you that.”

See? Sugar is an ad for Apple….