Woz says Android will be the dominant smartphone OS 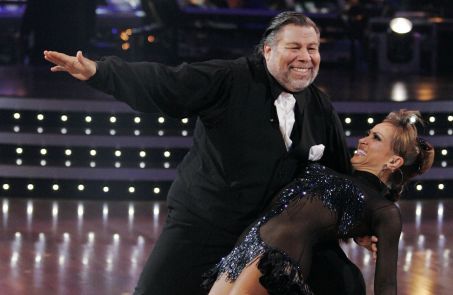 We’re hoping Steve Jobs doens’t kick his old Apple co-founder off of his Christmas card list for this, but Steve Wozniak today grabbed a few more million column inches when he said, Android will be the dominant smartphone platform.

Update: Engadget got a call from Woz, it appears that things aren’t exactly as they seem.  While Woz does acknowledge making comments about Android grabbing more marketshare than iPhone, he says that almost every app he’s used is better on iOS than Android.

Author Ad Placeholder
Will only appear on redesign env.
As reported by De Telegraaf newspaper, Wozniak also reveals Apple had collaborated with “a well-known Japanese consumer electronics company in 2004” to develop a phone that was just amazing.

We know the plan was shelved (I heard it had reached a pretty advanced stage before it was). Apple revealed the iPhone in 2007.

Woz made the analogy that Android will become the dominant OS in the same way Windows dommed the PC world, but added.

“[The iPhone] has very few weak points. There aren’t any real complaints and problems. In terms of quality, the iPhone is leading.”

Nokia got slammed as a “brand from a previous generation”.