Serviced iPhone 4 units get Torx screws, but why? [Updated: New phones too]

The screws on the bottom of the iPhone 4 were fairly simple to remove and this allowed for quick front and black plating color conversions. Now, it appears that Apple is replacing their original iPhone 4 screws with something much tougher to unscrew, Torx. The Torx type of screw is known to prevent tampering and is fairly difficult to unscrew. Apple’s latest MacBook Airs even feature the Torx screw-type due to the extremely fragile batteries the device carries. Additionally, some internal sources have let us know that this is in fact a new Genius Bar policy.

What is very interesting about what is going on here is that Apple’s promotional images since the iPhone 4 launch have shown the Torx screws. This makes us think that Apple scrapped Torx screws at the last minute or something along those lines.

Apple appears to be making this screw-type change on iPhone 4s they either exchange or repair at Genius Bars at their retail stores. It is currently unknown whether Apple is also making the change for new units being sold to customers through their normal sales channels. Either way, this change by Apple demonstrates their strict opposition to users converting the color of their iPhone 4. So folks if you want a white iPhone 4, Apple truly wants you to wait until Spring. Image of an iPhone 4 without the Torx screw is after the break:

Update: AppAdvice is now reporting that newly purchased iPhone 4 units are now including the anti-tampering torx screws. This means that Apple is not only replacing the screws on iPhone 4s taken to get serviced and replaced but is now putting the new screws on brand-new devices.

Update 2: It appears that these are not actually ‘torx screws’ but are in fact something else. They look very similar to torx screws and are built to be difficult to remove. The essence of the story still stays the same as Apple is changing their screw design to be more difficult for users to remove. 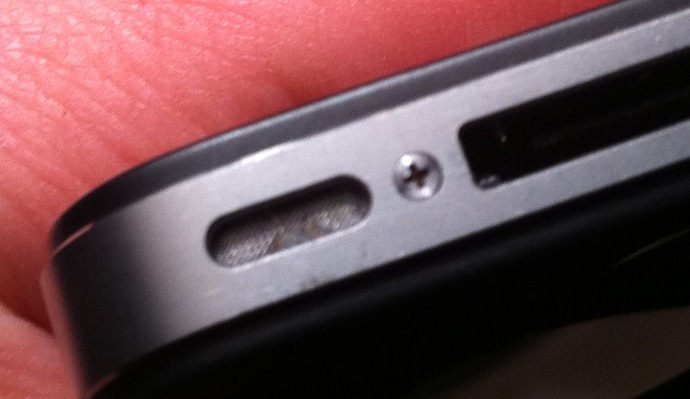