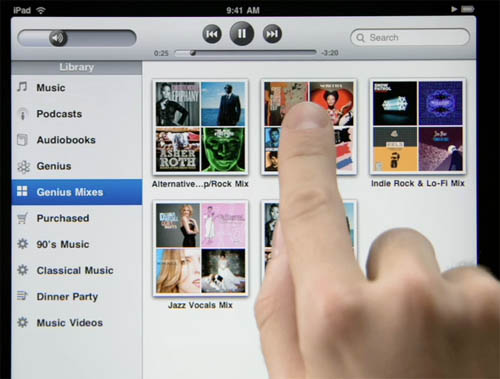 The customary series of unexpected fault reports are coming through the wires this am, with iOS 4.2 reportedly munching music on some iPhones and causing hassles with HDMI on the Apple TV. Here’s what we got so far, and we hope, nay, urge readers with further information to use comments below to help each other out on this.

First off the block, the music munching monster. Of you have music on your iPhone some users are opening up their iPod app on the device to find the music’s gone, it is missing, it is exed….except it isn’t, it is just that the iPod app can’t see it. This, it seems, is the fix:

Seems the software patch has failed to fix a bad effect afflicting some HDMI TVs with inconsistent colors and screen flickering. This seemingly impacts the new model Apple TV. Here’s the discussion thread. Anyone out there been hit?