Are those MacBook Airs popular? Look at this chart! 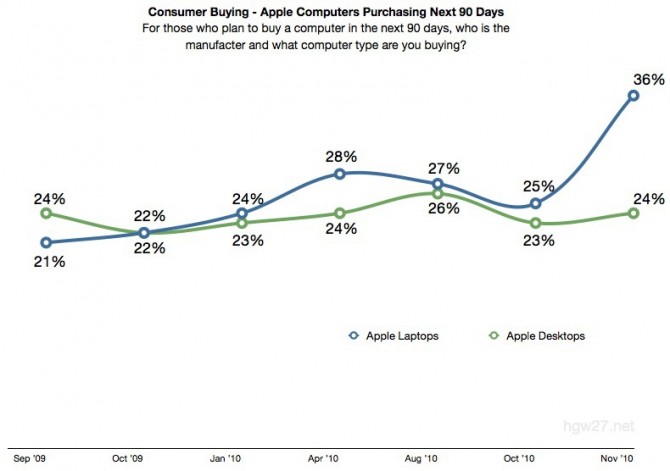 A survey done by Changewave shows that after the release of the new MacBook Airs, consumer buying forecasts for MacBook/Air/Pros exploded to 36%, the highest they’ve ever seen.

“The manufacturer most responsible for the surge in laptop demand is Apple,” writes research director Paul Carton, “with 36% of planned laptops buyers saying they’ll purchase a Mac – a huge 11-pt jump since our previous survey of a month ago (Oct ’10).

“Simply put,” he writes, “it’s the highest level of planned laptop buying ever for Apple in a ChangeWave survey.”

Looks like there are going to be a lot of Apples under the tree this year.