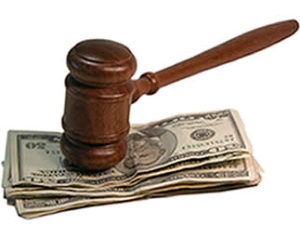 We’re looking at serious legal challenges across the mobile phone industry in the next couple of years, with Apple’s case against Motorola now set to be reviewed by the US ITC, which could ban import of Motorola phones into the US if the company is found guilty. Meanwhile, HTC and Samsung have teamed up with that renowned patent rights litigator, Intellectual Ventures, to protect those firms from attack.

Over at Apple vs. Motorola: The ITC will decide if Moto is infringing AAPL patents and whether that firm’s importation of Android-based devices should be blocked.

Apple filed the complaint October 29 after Motorola filed its own patent-infringement claims at the ITC earlier that month. Apple also filed a civil suit.

Motorola also has patent fights at the ITC with Microsoft, while pple is in fights with HTC and Nokia.

Meanwhile, Engadget tells us that HTC and Samsung have entered into long-term patent licensing agreements with Nathan Myhrvold’s Intellectual Ventures.

“Both HTC and Samsung now have access to IV’s entire portfolio of “more than 30,000 IP assets” to wield against current or potential legal opponents — like, say, Apple or Oracle — and IV also plans to help them manage their existing patent portfolios. ”

Clearly the industry is geared up for war.