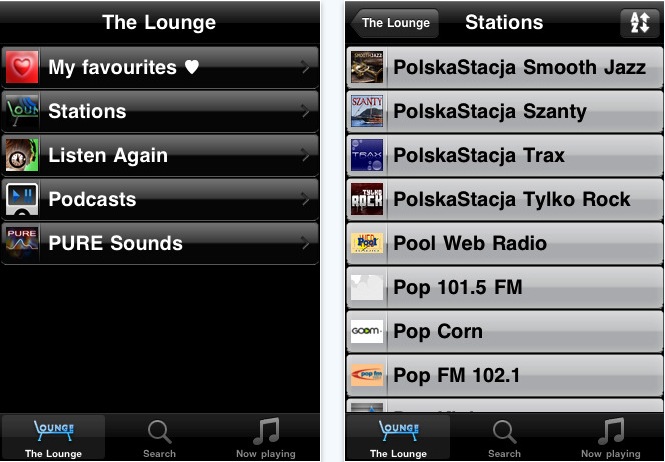 Apple has reportedly banned single station radio apps — even as digital radio manufacturer, PURE, introduces its well-regarded digital radio-cum-portal service as an app made available via the App Store.

Radio apps have been around on the store for some time, but Apple appears to have changed its policy on these. This emerged after Jim Barcus, president of DJ Radio Apps, approached the company to ask why ten of his single station radio apps had been rejected.

“Single station app are the same as a FART app and represent spam in the iTunes store…[Apple] will no longer approve any more radio station apps unless there are hundreds of stations on the same app,” Apple told him.

Incensed, he points out the surfeit of apps for individual shops, maps and flashlights, but Apple seems unprepared to budge. A note from Apple CEO, Steve Jobs to Barcus follows.

Never mind, you can still stay up to date with the latest digital radio shows using PURE’s radio and media portal, the Lounge. The Pure Lounge app lets you llisten to internet radio, podcasts, ‘listen again’ content and a library of PURE’s own audio over WiFi and via 2G/3G.

The new Pure Lounge App can be downloaded today at the Apple iTunes App Store in the UK, throughout Europe and in the US for just £2.99, € 3.99 and $ 4.99 respectively.