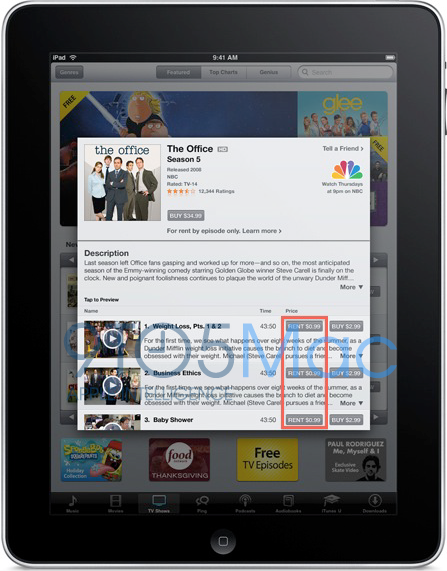 Although NBC was rumored to be included in Apple’s new $0.99 TV show initiative, they ended up dropping out and to this day you cannot rent NBC TV shows on iTunes. Now it appears that Apple and NBC may have reached an agreement and $0.99 NBC TV show rentals will be coming to iTunes. The information comes from a screenshot we’ve discovered by digging around the iTunes website. As you can see in the image above, the TV show listing for The Office has $0.99 rental buttons next to the usual $2.99 buy buttons.

Or could Apple have another Photoshop FAIL on their hands? – Not likely as photoshopping a screenshot for TV rentals would sort of be pointless…