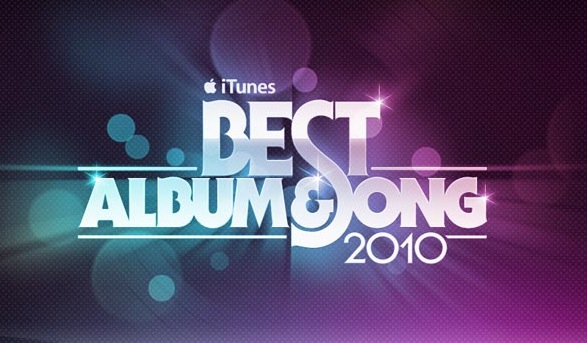 The shortlists for this year’s iTunes Best Album 2010 and iTunes Best Song 2010 have been announced today. The winning album and song will be published in early December.

Fans can vote for their favourites among the year’s best selling records on iTunes in the “People’s Choice” categories by downloading the app for iPad, iPhone or iPod touch or visiting www.bestalbumandsong.co.uk.  (BTW, this is a legit Apple Site)

Voting is at present open in the UK, France, Italy and Germany, and following the customary pattern seems likely to open in the US at a later juncture.