Can Apple's Michael Jackson exclusive teach its Ping to sing? 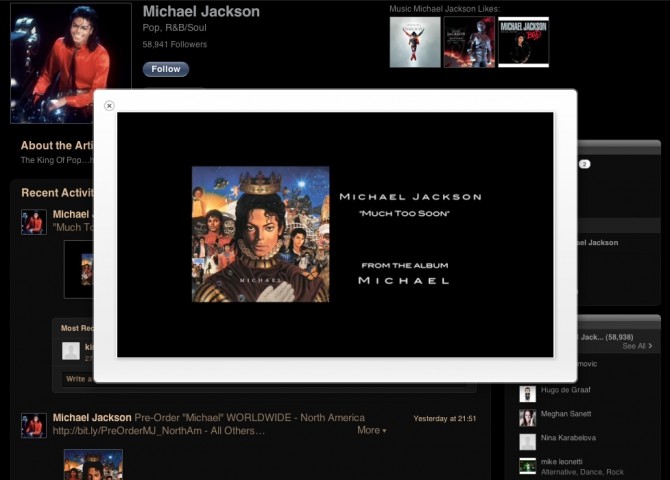 Apple is attempting to put some life into Ping, seizing the chance to offer an exclusive premiere of a new Michael Jackson (deceased) song on the service.

Author Ad Placeholder
Will only appear on redesign env.
The track’s taken from the singer’s Michael album and is called Much Too Soon. It is the third track from the album, itself set for release in mid-December. The song will be available in full on Ping for the entire week.