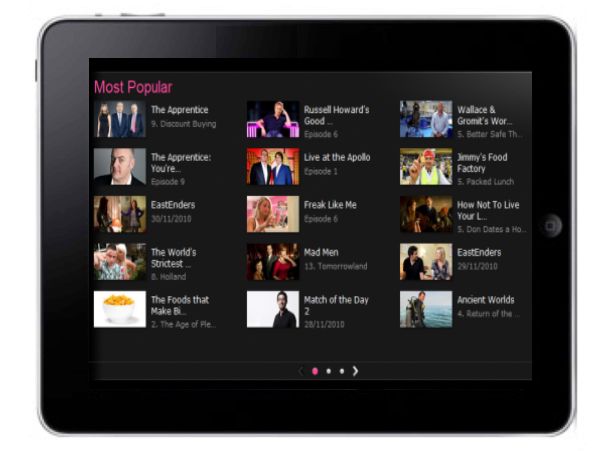 Apple’s iPad is driving success for touchscreen makers, with a wave of new fab plants coming into effect across China as multiple vendors make their play for the booming touchscreen market. Meanwhile, Apple supplier Wintek is building up capacity to meet demand for 10-inch screens.

Wintek last night reported consolidated November revenues of NT$8.85 billion (US$289.92 million), up 7.36% year on year, with December revenue forecast to be headed to NT$9.5 billion.

Wintek plans to add additional capacity for 2.2 million 10-inch touch panels to its plant in Taichung, central Taiwan by June 2011, ramping up its total capacity to 5.2 million units, according to company chairman Hyley Huang.

Image above: BBC iPlayer on an iPad. The BBC will bring a subscription-based iPlayer service to territories outside the UK next year (2011).