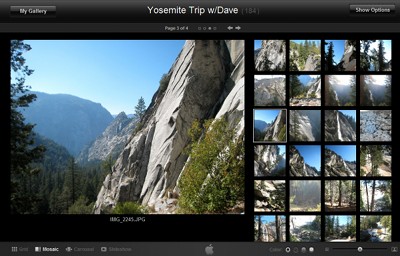 SproutCore is something else, a technology which drives the superior Web experience that MobileMe is rapidly becoming. Now SproutCore creator, Charles Jolley, has quit Apple to launch a startup called Strobe, tasked to deliver Apple-like JavaScript and HTML5 technologies to create apps which run smoothly on any device.

He’s got some backing and has some interesting insights on Apple, speaking to TechCrunch he said,

Our platform will support this same model. It will make it much easier to create these apps using HTML5 that can be distributed through the app store or the browser.

Writing on his blog, he declares his excitement for the new age of touch.

Jolley is particular enthused about one device: the iPad.

“iPad is important because it is a catalyst that will make mobile web apps really explode. It is really an awesome web device. In fact, that’s the primary thing people use it for. Because of that, mobile web technology is on developers radar like never before. There are a lot of devs now thinking about building HTML5 apps for iPhone and Android phones because they also have to target the iPad,” he says.