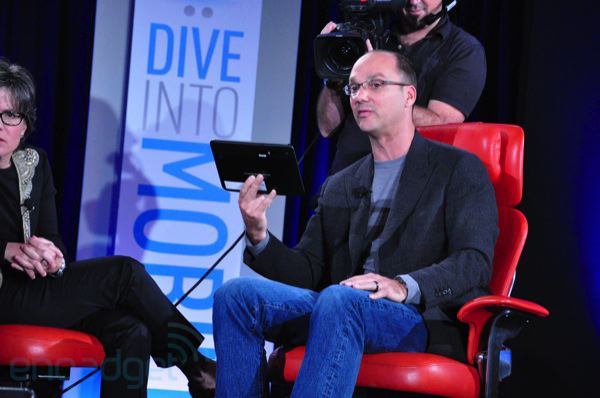 According to some reports, Apple will be introducing iPad 2.0 this February.  Meanwhile, Google is getting ready for battle with a future introduction of Android Honeycomb, software designed to drive Android tablets.

Rubin, who has passive-aggressively attacked Apple’s openness in the past, instead had some kind words for Cupertino:

“I think everybody is embracing the iPhone. They are pretty open.”
Rubin says that most developers actually are having a pretty easy time getting their apps approved by Apple.

On Apple as a competitor:

“Certainly they make great products, Rubin says–robust, solid, good user experiences. A lot of consistency across applications. More recently I see them getting involved in the other end of the spectrum–services like a bookstore, the app store.”

“Apple is a company that learns from its mistakes.”