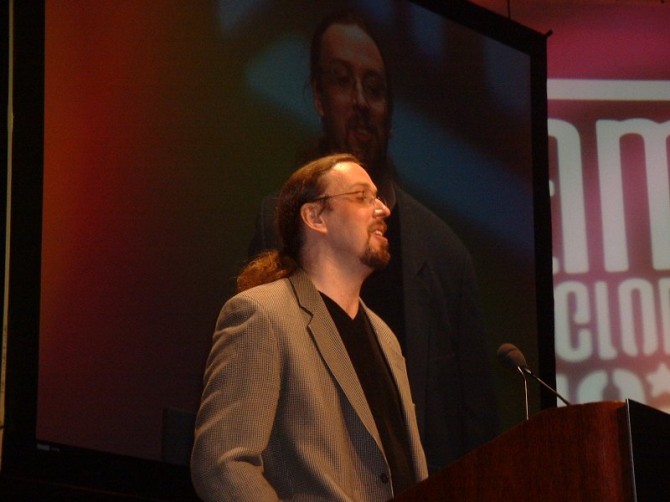 Formerly of id Software where he had a hand in development of Quake 3 for Mac, Devine says he quit Apple in order to return to game development — with a focus on titles for the iPhone and iPad.

Speaking to Kotaku he explained that his role was to help boost development of better titles for Apple’s iOS platforms, “My job there was basically to make gaming on the iOS devices fantastic,” he says.

“Apple didn’t have an in-house game designer before me so I think it was pretty unique, game technologies touch everything from the graphics stack to touch latency to push notifications. No other app type covers so many technologies and having someone there to validate and help shape that was basically my day job. It was pretty kick ass.”

Devine reassured gamers and developers that they needn’t fret for the future of gaming on Apple’s mobile platforms, describing his colleagues as “the smartest and most talented group of people I have ever workd with.”

Apple “really do ‘get’ gaming,” he adds.

Devine has already started work on his first game, reflecting the opportunities open to developers in the mobile space.