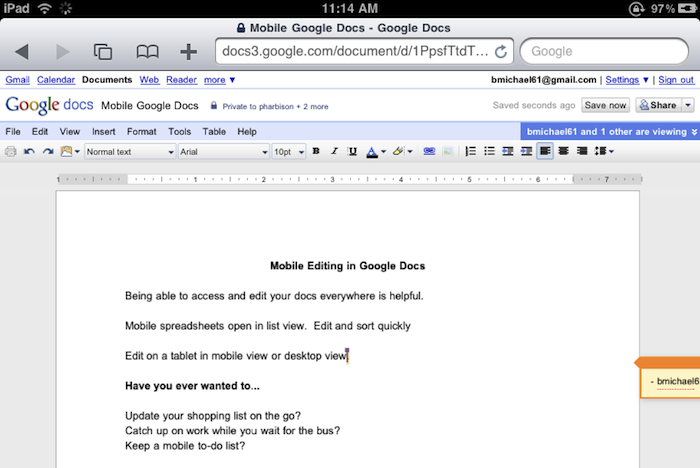 For basic use of Google Docs it is recommended that users use the newly revamped mobile version. The desktop version working on the iPad is also especially helpful when you want to do some spreadsheet editing and creation, as shown after the break. 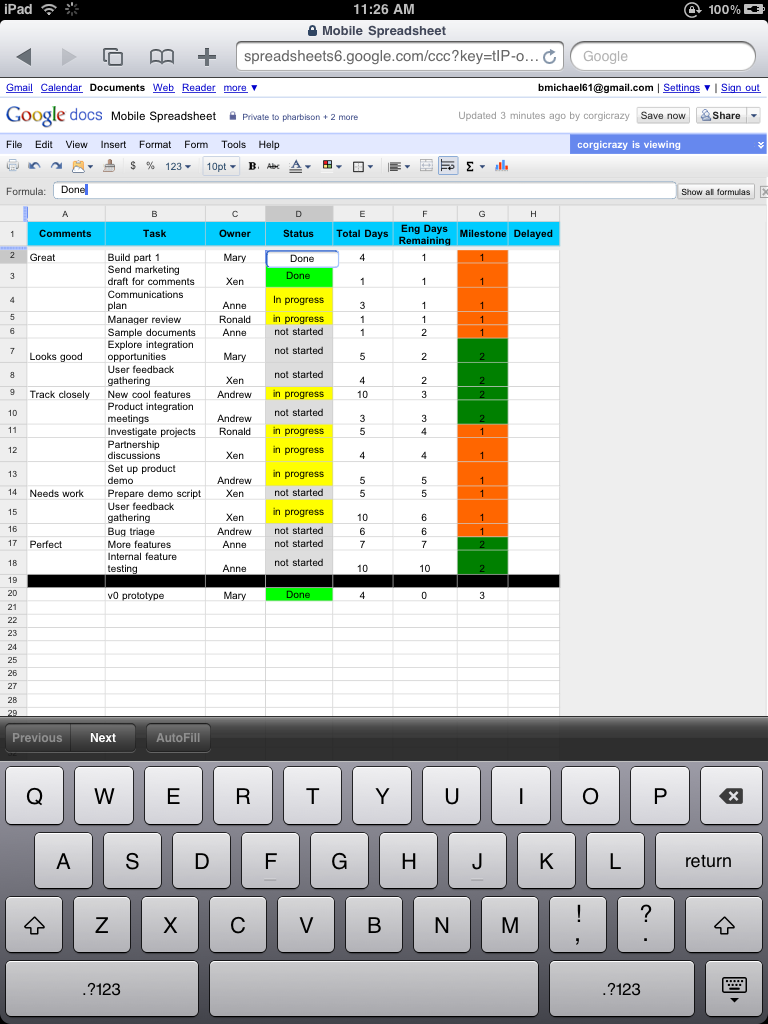