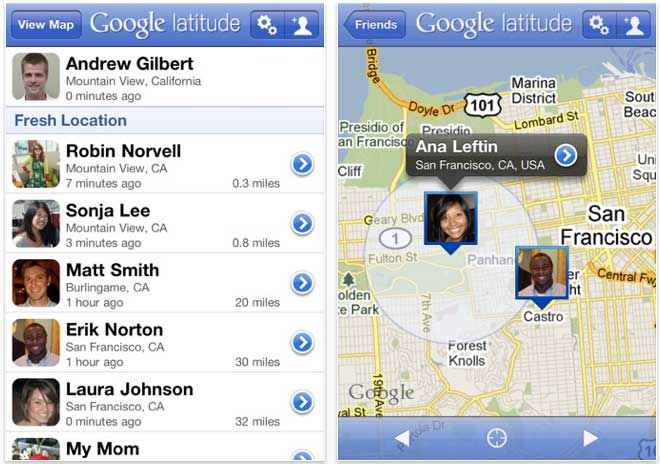 Latitude lets you see friends on the map, share your own location (or not), or even hide your location should you feel uncomfortable. Apple blocked the app initially in order to avoid confusion with Maps on the iPhone,” said Google.

Google later shipped a Web-app version instead. Google’s Google Voice app was also blocked at about that time, but that app finally made an official debut on iTunes last month.