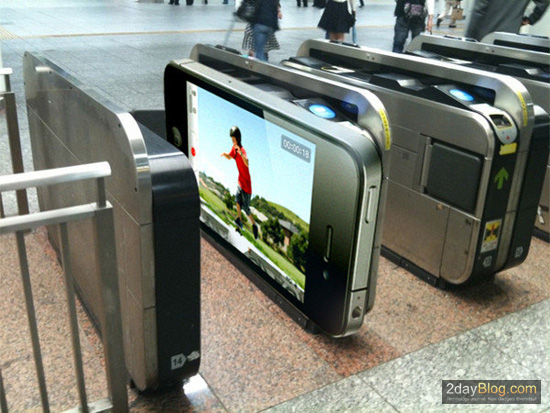 Good news, bad news in Japan, where Apple climbed from seventh to fifth place in Japan’s cellphone market for the first time, boosted by its well-received iPhone 4 in the July-September period, local reports claim.

Apple is slightly behind fourth place Kyocera, which achieved 12.7 percent share in the quarter. In third place stood Fujitsu with 15.1 percent and Panasonic tooks second place with 16.6 percent share.

The bad news? Apple woke to find itself in conflict with a consortium of Japanese publishers who are complaining the firm is approving App Store apps which violate the copyright of famous Japanese authors.

“The associations we represent believe that Apple bears grave responsibility for this problem,” the statement said.

The consortium goes on to say Apple’s claim that it is not able to check for copyrighted material during the App screening process is “a wholly unconvincing explanation.”

The consortium now seeks discussion on the matter with Apple Japan, the WSJ reports.