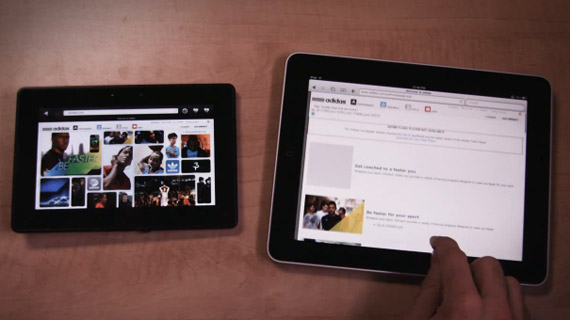 Research In Motion’s in the news today: not only is its iPad-killing PlayBook delayed until around the time iPad 2.0 is expected to ship, but Mac users with a BlackBerry can now download the latest desktop connection kit. Meanwhile the company’s financial results were alright but nothing supercalifragilistic.

By the numbers then:

In other words one thing BlackBerry has that iPhone doesn’t yet enjoy — wireless sync. There’s also a new device switch wizard and the ability to import and sync photos and videos with iPhoto and iTunes. You can get the software here.

If you’re still hoping PlayBook will be an iPad contender, then bad news: RIM’s PlayBook tablet seems “unlikely to ship before March”. So it could ship later? Perhaps, but don’t fret, “the PlayBook redefines what a tablet should do,” RIM co-CEO Jim Balsillie said.

What this comes down to is that PlayBook will hit market just as iPad 2.0 lands.

RIM’s results? Overall, it hasn’t done such a bad job. It shipped 14.2 million BlackBerry phones in the quarter ended Nov. 27, up 40 percent over the same period last year. But the bad news is in new subscriber growth, which was 100,000 under analyst forecasts at 5.1 million. Overall, RIM’s user base now numbers 55 million.