The 4th generation of arguably the most popular iPhone music game has just hit the App Store: Tap Tap Revenge 4. For those not familiar, Tap Tap Revenge was around long before the App Store. It was the premier iPhone game on the jailbroken app market. Since then it brought in Tapulous over a million dollars a month and now Tapulous is owned by Disney. Going back to Tap Tap Revenge 4 the new, free app brings loads of improvements and new features.

First, the new version brings over 100 free tracks to the table. These include songs from popular artists/bands like Lady Gaga, Linkin Park, and My Chemical Romance. (List of several more popular artists in TTR4 is after the break.) TTR4 introduces a “like” button which when pushed displays an avatar showing who else likes the respective track. Tapulous has also done some iOS 4 housekeeping by adding both Game Center and Retina Display support.

Some new social features are now present such as the ability to share scores via Twitter, Facebook, and e-mail. Perhaps the most impressive feature in the new game is the “Arcade Mode.” This new mode presents new tapping obstacles which makes the game even more challenging and when coupled with the new up-to-the-minute global leader boards, the game should be all the more fun. Let us know how you like it all in the comments. Tap Tap Revenge 4 is now free on the iTunes App Store and you can check out some screenshots after the break. 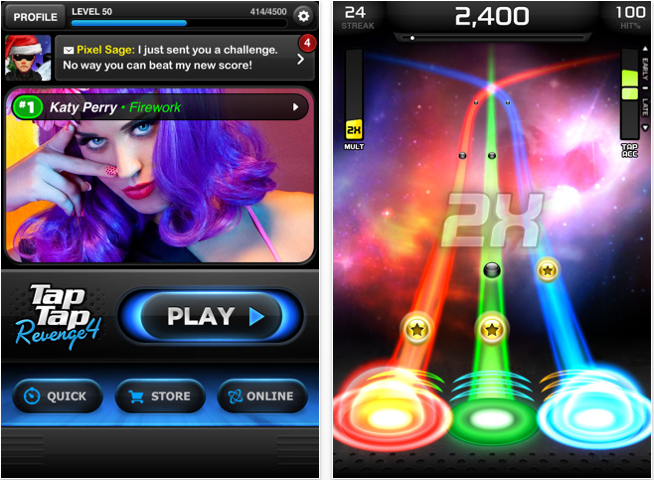 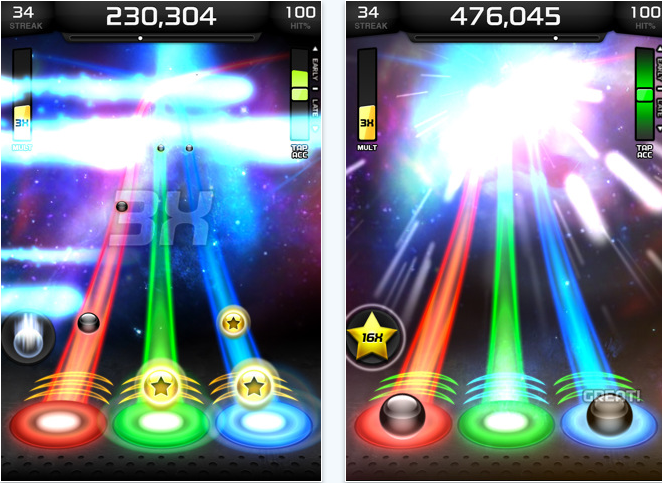