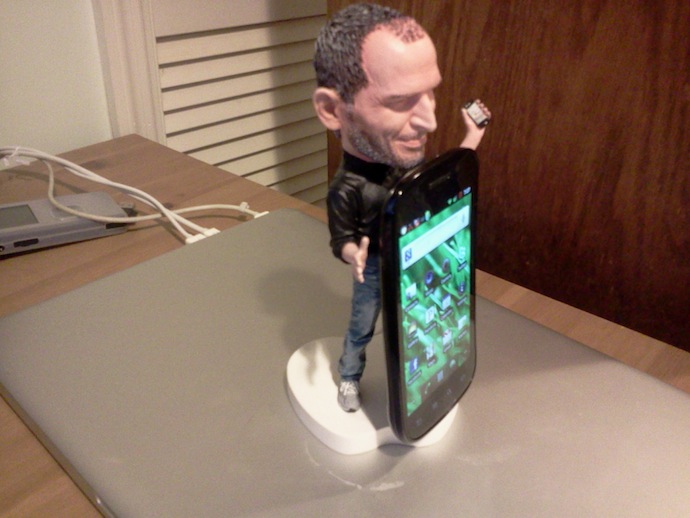 Apple clearly is not thrilled about the Steve Jobs action figures from M.I.C Gadget lately. First they made M.I.C. Gadget cease sales of the doll and after seeing them going up on eBay for as much as $2500 they started pulling them from their too.

The seller of one of the Steve Jobs action figures let us know that his auction was removed at the request of Apple. The reason for removal is that the doll “violates a celebrity’s right of publicity.” Since having his auction removed at Apple’s request, the seller took a daring move and has put it back on eBay. It’s currently at a $1000 and it will most likely be gone soon too.