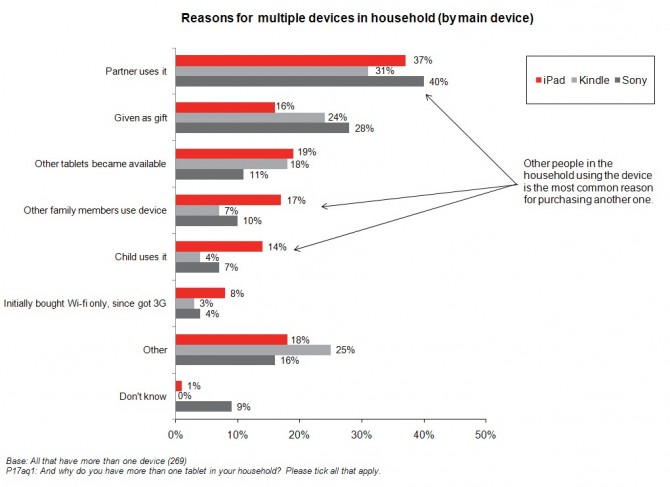 We all know this is set to be an iOS Christmas — now it is interesting to discover that Apple’s iPad is so popular there’s an increasing wave of two or more iPad households, according to reputable research from YouGov.

Researchers found nearly a fifth (17%) of Apple iPad owners state that there is more than one tablet in their household, either owned by themselves or another family member.

“The main reason for owning more than one tablet in the household is due to other family members using the tablet. Over a third (37%) of Apple iPad owners state that their partners use their iPad. Though the user friendly nature of the device may be influencing people to purchase the iPad, it appears that this feature is also attracting other members of the family to the device. Our TabletTrack research reveals that 14% of Apple iPad users purchased another tablet because their child was using it.”

“Whilst 17% of tablet owners currently own another device, almost a further fifth of all tablet owners (19%) are considering purchasing another tablet in the future. Of those existing owners, loyalty is high, with most users stating they will get the same device that they currently use, 71% of Apple iPad owners surveyed will get another iPad. However, the lure of newer tablets being released in the future may also drive an increase in the 2+ tablet households with 18% of Apple iPad owners stating that they will purchase other tablets that become available in the future.”

YouGov interviewed 4,537 respondents, of which 802 were tablet owners, between 8th November and 15th November 2010. All interviews were conducted online with YouGov panellists. 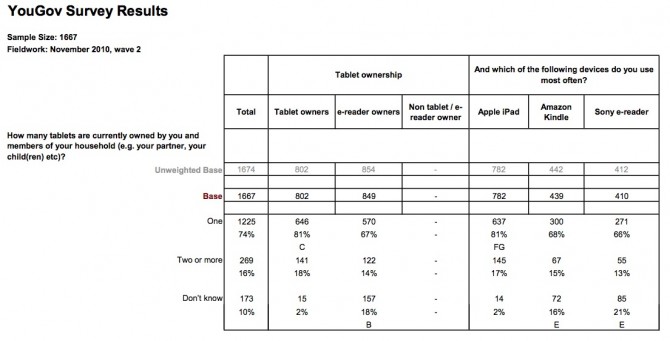