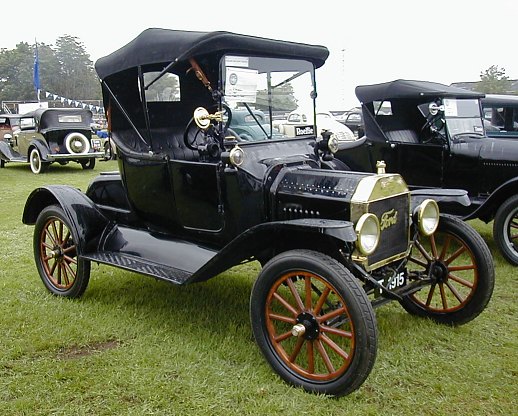 Henry Ford may famously be thought to have said, “Any customer can have a car painted any colour that he wants so long as it is black,” as he invented mass production, but now it looks like the veteran auto company has an iPhone fixation, revealing support for the Apple device in future generations of its vehicles running the Ford Sync AppLink platform.

Some may note my determination that Apple has a story to tell in the automobile industry — perhaps partnerships will make this story thrive. So, what will this mean?

Simply put: plug your iPhone into your car and control your iPhone and its apps with your voice. Respond to texts, listen to Pandora, and more. In future I can imagine Apple’s gentle move to offer turn-by-turn based driving instructions.

The first SYNC-enabled apps to market are Pandora internet radio, Stitcher news radio and OpenBeak for listening to Twitter posts. Once the AppLink upload is complete, customers can then visit their phones’ respective app store to download the latest SYNC-enabled Pandora, Stitcher or OpenBeak app to their smartphone as they would any other app.

Ford Sync AppLink already works with BlackBerry and Android: iPhone support’s on the way in 2011.

· SYNC® AppLink, the industry-first software application that gives SYNC users hands-free voice control of their smartphone apps, is now available as a free download for 2011 Ford Fiesta owners at www.syncmyride.com

· Ford announces that Apple iPhone will be compatible with AppLink, along with initially announced BlackBerry by RIM and Android-based smartphones

· Pandora internet radio, Stitcher news radio and OpenBeak are the first SYNC-enabled mobile apps, some of which can be downloaded today from Android Market and BlackBerry App World, and soon from Apple App Store

DEARBORN, Mich., Dec. 22, 2010 – More than 14,000 owners of SYNC®-equipped Ford Fiesta vehicles can start celebrating the holidays now by treating themselves to the gift of AppLink, a free software program that gives SYNC users voice control of apps stored on their smartphone.

The industry-first capability puts Ford out front in the race to integrate smartphone apps into the car. The AppLink download for Fiesta owners went live today on the SYNC owner website, www.syncmyride.com.

“More and more drivers are using their devices and their apps while in the car,” said Doug VanDagens, director of Ford Connected Services. “With AppLink, SYNC is a smarter solution for these drivers who choose to use these apps while driving – making it the only connectivity system available that can extend app functionality to the car using both voice and steering wheel controls.”

Ford is also announcing a surprise new member to the AppLink family: the Apple iPhone. The popular smartphone makes for a powerful addition, and will be joining Android and BlackBerry smartphones as compatible devices with the software that allows apps to be controlled through the SYNC voice recognition system – a smarter alternative to manually controlling apps while driving.

Recent studies indicate 46 percent of adult smartphone users have apps on their phones and 36 percent of those admit to using those apps while commuting. Moreover, the 2010 study “Staying Connected on the Go: A Look at In-Vehicle Smartphone Integration Systems” conducted by the Consumer Electronics Association reports that 55 percent of smartphone owners prefer voice commands as their user interface for in-car smartphone integration, making the business case for SYNC and AppLink even more compelling.

“SYNC and AppLink work hand-in-hand to answer consumer demand for safer, smarter control of smartphones while in the car,” said VanDagens. “Ford has worked hard to be a step ahead or at least in step with the speed of the consumer electronics market, and to leverage the technologies, features and services we know our customers want to be connected to while driving.”

As with any typical download, the AppLink software can be stored on a USB memory stick, and then inserted and uploaded to the vehicle via the SYNC system’s USB port. In-car installation takes less than 10 minutes.

The first SYNC-enabled apps to market are Pandora internet radio, Stitcher news radio and OpenBeak for listening to Twitter posts. Once the AppLink upload is complete, customers can then visit their phones’ respective app store to download the latest SYNC-enabled Pandora, Stitcher or OpenBeak app to their smartphone as they would any other app.

Seamless voice control
AppLink makes the connection between app and SYNC fairly seamless and simple, using Bluetooth streaming on paired Android and BlackBerry smartphones and the USB port for a connected Apple iPhone.

To access a mobile app with a SYNC-paired phone, the user simply has to press the VOICE button on the steering wheel and say the command, “Mobile applications,” followed by the name of the app he or she would like to launch.

Once linked to Pandora, SYNC users can access their favorite personalized radio features, including creating and choosing stations, bookmarking songs for purchase, and giving songs a thumbs up/down all through voice. Command structure is intuitive and simple: “Play station classic rock radio,” “Bookmark song,” “Thumbs up” or “Thumbs down.”

“Where before users would pick up their phone, taking their eyes off the road and hands off the steering wheel while driving to select a station and hit play, AppLink makes all of that functionality available through voice control, just like managing AM and FM radio or your MP3 player through SYNC,” said Julius Marchwicki, SYNC product manager.

Similar voice command pathways and functionality exist for the Stitcher and OpenBeak apps. With Stitcher, for example, you can say the command, “Play station news” to listen to your favorite news radio or “Play station sports” to hear on-demand sports programming. Other popular Stitcher features such as skip station, thumbs up/down and “Add to favorites” are also available via voice.

Through the OpenBeak app, drivers can simply say the SYNC command, “Read timeline.” In seconds, their feed is read aloud using the SYNC text-to-speech engine – a very similar experience to listening to talk radio.

Additional SYNC-enabled apps and smartphone integrations are coming soon, said Marchwicki. AppLink will also be introduced on other SYNC-equipped new model vehicles in 2011.

Ford will feature demos of AppLink at the Pepcom Digital Experience media event in Las Vegas on Jan. 5, 2011, and then at the 2011 International CES consumer technology trade show in Las Vegas between Jan. 6 and Jan. 9, 2011.