A Find my iPhone Christmas miracle 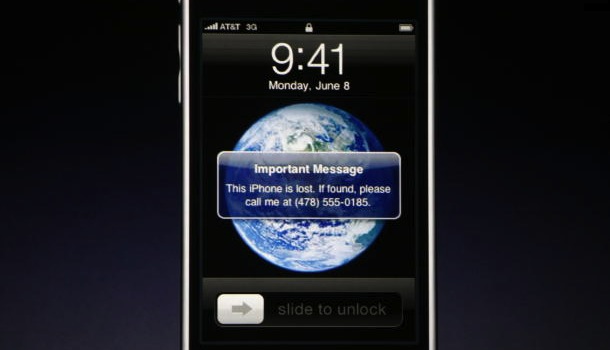 Pretty amazing Christmas Story! Early this morning my 2005 Land Rover was stolen from the Marriott in Wichita Falls TX. The local police put me on hold, transferred me around and did nothing. My iPhone was in the car in between the seats and turned on. I tracked it using MobileMe Find My Phone to HWY 287 on the way to Decatur. When they exited the highway and headed on a Farm road for Justin TX a few miles away, I contacted the Justin Police and with the help of a very savvy operator we pinpointed the car at a Sonic. While I was on the phone with her, she said the officer sees your car and is going to make the arrest. A few minutes later she frantically calls me to start tracking the car again. The officer had handcuffed the suspects, sat one down on the curb while putting the other in the back seat. When he got back, the guy had Houdini’d the cuffs from behind his back to the front, fought with the officer and jumped in my car, dragged him and ran over him. I followed the car on the iPhone and directed the Highway Patrol to where he was – high speed chase ending with him flipping the Land Rover several times. The policeman is going to be fine – he is at the hospital with multiple bruises etc. The screenshot is where the car thieves ran over the policeman and escaped. I am just so thankful the policeman was not seriously hurt – I could care less about the car or the crook.

His story not only shows how helpful Find my iPhone is for finding your lost iOS device but also shows how helpful it can be for retrieving items like cars. If you read the account you will notice that a helping police officer was badly injured in the ordeal but he is now in stable condition. A double miracle. Here’s a video of the accompanying news report. (Clarification: The news report incorrectly cites OnStar as the tracking service although it was really MobileMe according the user.  Also, in case it isn’t painfully obvious, that screenshot isn’t of this incident)

Update: another report of the incident.