Skype for iPhone gets Video Chat. Works over 3G and with Computers (data usage: 3.4MB per min.) 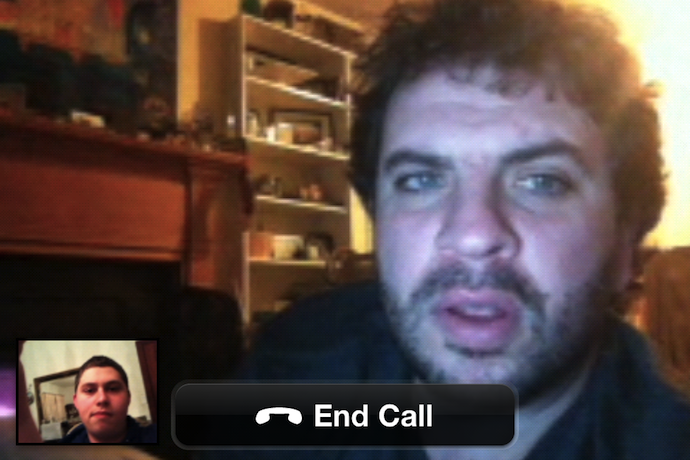 Skype just updated their Skype application for iOS to include video chat functionality. It works both over WiFi and 3G networks and two-way video calling is supported by the iPhone 4, iPod touch 4, and iPhone 3GS. The iPad and third generation iPod touch support one-way video calling. Just like on Apple’s FaceTime application Skype for iPhone will video conference in both portrait and landscape orientations.

Seth and I just tested out the application and it looks very smooth on both ends. It even works in the background but your face gets frozen for the person on the other end (audio still works). Just like with FaceTime there is an option for the iPhone user to display either the front camera’s view, back camera’s or no camera. We have more screenshots of Skype video chat after the break.

We also ran some tests over 3G and it looked very smooth. I was on 3G and Seth was on WiFi and he saw me as crisp as I looked over my WiFi network. My view of him was also smooth and when he pointing his camera at a moving fan that looked smooth as well. Also, we tested it on an iPad (which still is blown up, not a universal binary) and it looked as expected without the camera. When used with an iPhone 3GS you should get the option to see the user’s back camera. Release notes, official promo video, and more screenshots are after the break.

Update: Skype video calls over 3G will use around 3.4 MB of data per minute. We calculated this by looking at our usage info on our iPhone 4 before and after a one minute (timed of course) call. Below are our screenshots: 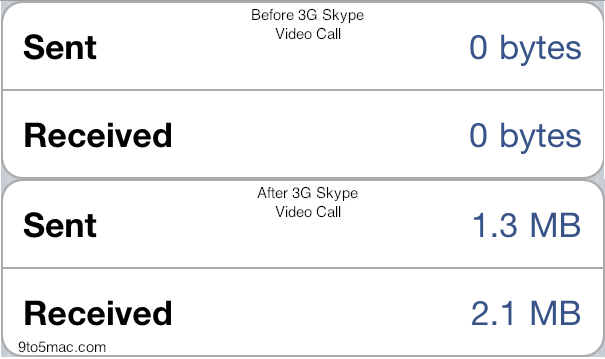 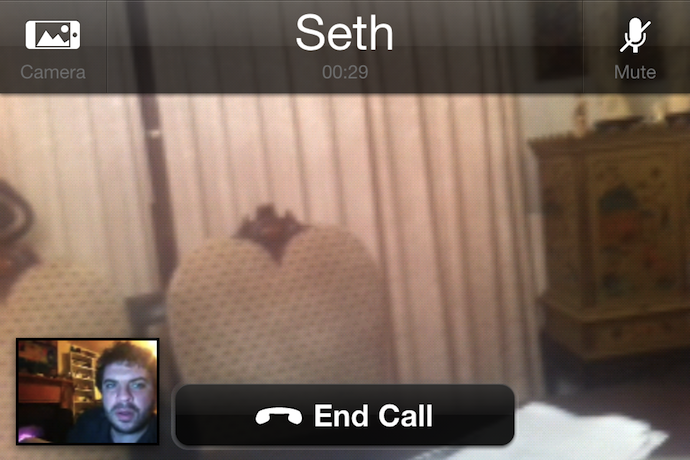 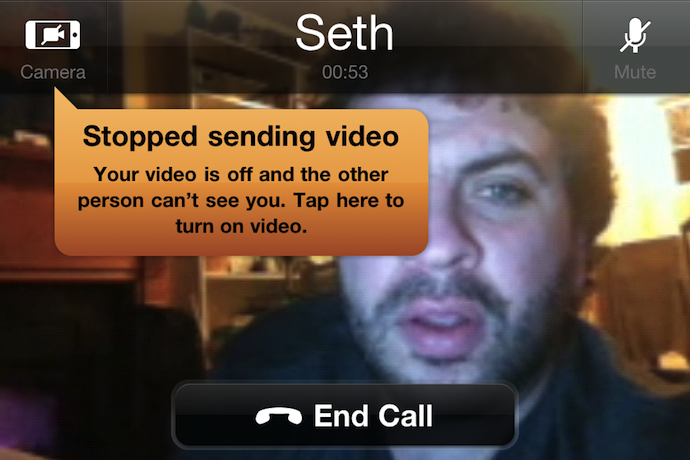 We also tested it on our iPad and it worked as it’s supposed to sans the camera. Also, the iPad version is not a universal binary but is just magnified with the 2X button: 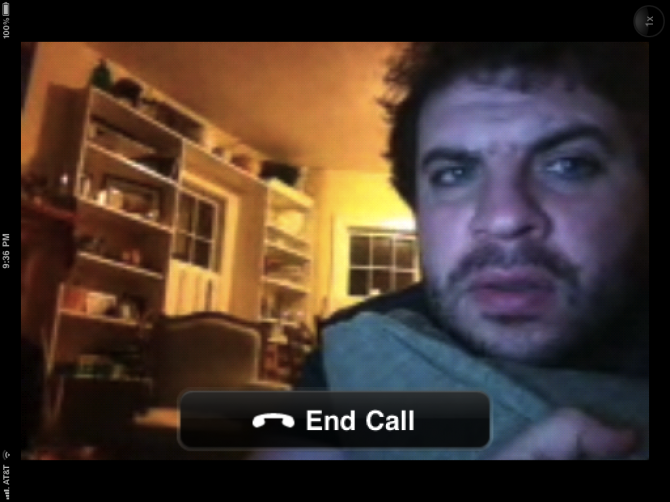