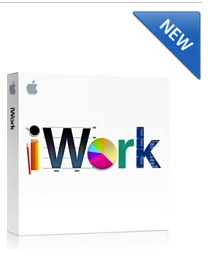 Apple released an update to its iWork suite of applications today.  No not that update.

Today’s is ‘just’ for the current ’09 version which is starting to feel long in the tooth in 2011.

With the Mac App Store opening in less than 24 hours and iWork applications shown on the mockups of the store, it would seem likely that a totally new version of iWork is in the cards.

What’s included in the update…