Did AT&T just confirm the LTE 4G iPhone 5? (Not on purpose) 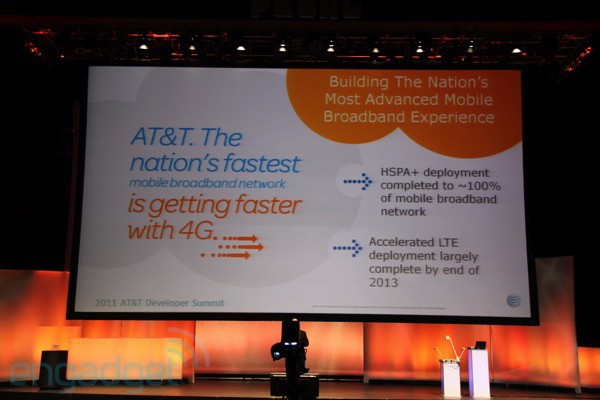 AT&T just launched like 600 Android phones on 20 versions of “4G” which will be out at various times over the next two years.  That’s dandy.  However, one bit of info has gathered a lot of steam is that AT&T Wireless CEO Ralph de la Vega included Apple amongst its vendors who would be launching LTE devices this year.  iPad?  iPhone?  ORLY?  We sought out a little clarification…

So there you have it.  Nothing.  On purpose anyway.