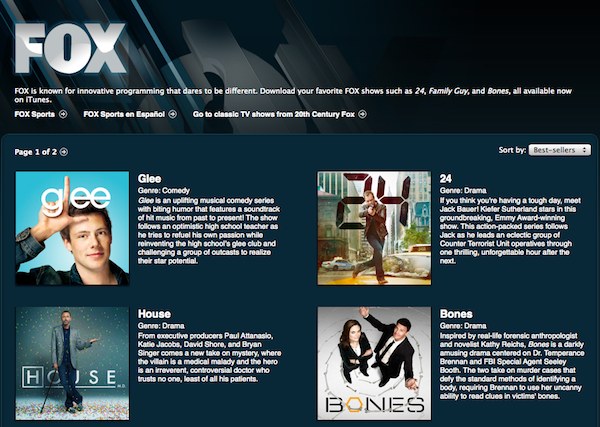 Fox has announced that this year the award screeners for the Screen Actors Guild awards will be placed on iTunes. Award screeners are copies of films given to the Screen Actors Guild prior to the awards to they could vote for winners. Traditionally, studios send out copies of films on watermarked DVD’s but this year, they worked with Apple to place them on iTunes.

The films Black Swan, Conviction, and 127 Hours will be available for the nearly 100,000 Screen Actors Guild members via iTunes from January 7th until January 28th. The SAG members will be given special redemption codes to download their movies, which they can then play on their supported device (Mac, PC, iOS Device, Apple TV etc.).

Apple Senior Vice President of Internet Services Eddy Cue had this to say:

We’ve worked with Fox to bring their films to SAG members in an innovative way. We think the voting members will enjoy being able to view these films however they choose, whether on their iPad, iPhone or with Apple TV.

Fox’s press release is after the break.

LOS ANGELES, CA (January 7, 2011) __ Fox Filmed Entertainment (FFE) and iTunes are offering nearly 100,000 Screen Actors Guild (SAG) members Fox Searchlight Pictures’ 127 HOURS, BLACK SWAN and CONVICTION in HD from iTunes for viewing on their iPad, iPhone,iPod touch, Mac or PC, or with Apple TV on their HD TV. The films will be available to members from January 7-28 during the SAG awards consideration window.

In the past, studios have faced security concerns and prohibitive costs to create and distribute screeners to organizations with large numbers of voters. For the first time ever, FFE’s Fox Searchlight Pictures and iTunes allow the studio to make the screening of films still in theatrical release available to all SAG members who are eligible to vote, in a more secure and cost effective manner. Fox is discussing a similar arrangement in the future with AMPAS, BAFTA and other organizations to implement this new way to present their films for consideration.

“We are thrilled at the nominations these fantastic films have received from this prestigious group, and while we would always prefer voters see films in a theaters, we realize that is not always possible, so we wanted to make sure as many voters as possible have the opportunity to screen them. iTunes enables us to make our films still in theatrical release available to a large number of important voters,” said Jim Gianopulos, Chairman and CEO of Fox Filmed Entertainment.

“We’ve worked with Fox to bring their films to SAG members in an innovative way,” said Eddy Cue, Apple’s vice president of Internet Services. “We think the voting members will enjoy being able to view these films however they choose, whether on their iPad, iPhone or with Apple TV.”