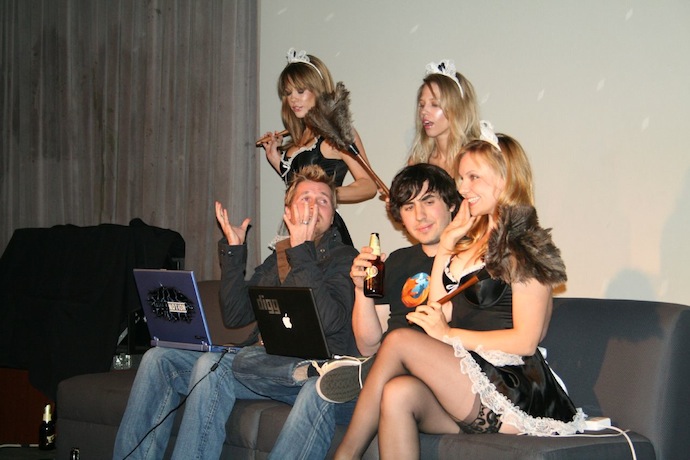 On his blog today, Kevin Rose claimed on good authority that Apple’s second generation iPad will debut in “3-4 weeks” and will feature a Retina Display in addition to dual cameras. An iPad 2 announcement within a month would not fit Apple’s typical yearly product cycle (for devices of iPad’s class: iPhone, iPod etc.) as the first iPad went on sale early April 2010. The iPad 2 also having a Retina Display seems unlikely as the term “Retina” (in Apple’s case) means the doubling of pixels.

I have it on good authority that Apple will be announcing the iPad 2 in the next “3-4 weeks”, possibly Tuesday February 1st. The iPad 2 will feature a retina display and front/back cameras.

Apple doubling the pixels of the current iPad (1024 x 768) would make the iPad 2 have a screen of a 2048 x 1536 resolution. That resolution seems way too high for Apple to put in a 9.7 inch display while keeping costs down. A higher resolution display does make sense though, and this could be what Rose is referring to. Of course we have heard many rumors about the next iPad including two cameras including some evidence from case leaks and physical iPad 2 mockups.

Rose has been very hit-and-miss over the years in terms of his Apple predictions. Prior to the launch of the first iPhone he incorrectly predicted the device having a physical keyboard and most recently, Rose claimed the new Apple TV would be called the “iTV” and would include an App Store as well as ad supported TV stations. On the other hand, Rose was correct about the Apple TV’s September launch date, iPad remote feature, and $99 price point and was also correct about the fourth-generation iPod nano’s features and even posted a photo of it. Rose was also correct about copy/paste in iOS 3.0 as well as new iTunes features.

Update: Rose updated his blog post to say it’s not a Retina Display but instead is higher resolution screen with more dots per inch (DPI).