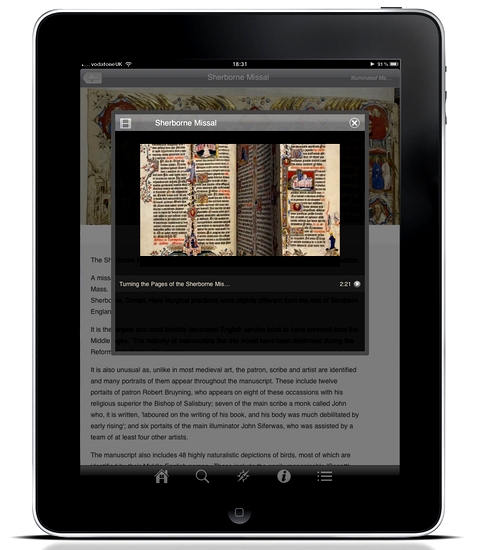 The British Library has introduced its first ever smartphone app, providing access to many of the Library’s most precious titles to iOS (and Android) users.

The app (available in HD for iPad users) is called ‘Treasures’ and offers over 100 library items, including the first edition of Alice’s Adventures in Wonderland, the Codex Sinaiticus which is thought to be the oldest bible in the world, the battle plan written by Nelson before his victory at Trafalgar, and the original draft of Nicholas Nickleby handwritten by Charles Dickens.

Each item also includes text commentary. There’s a selection of images and over forty video commentaries by noted experts or celebs. The app is currently only available via the UK App Store.