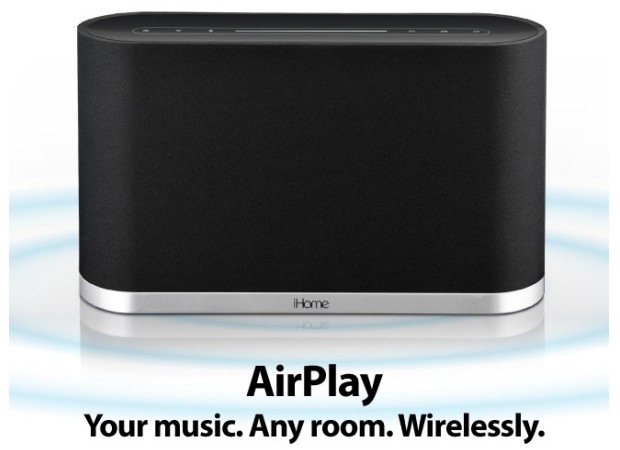 AirPlay devices weren’t so apparent at CES this year, though iHome, B&W and Klipsch all showed solutions implementing the standard, which enables users to stream audio from an iOS 4 device to an enabled speaker system.

BridgeCo’s VP of Sales and Marketing Jordan Watters told Engadget, “AirPlay devices could ultimately dwarf “made for iPod” audio docks by 2x to 4x.” This conjecture is based on the existing mass population of iOS devices, and the fact that many audio devices already in consumer hands only need a software update in order to offer AirPlay support.

Manufacturers at CES appeared extremely interested in the technology, the report explains — it hosted many of them in a packed meeting at the show.

“…what really convinced us was an all-in-one speaker prototype from a major consumer electronics company that was quickly whisked away before meeting the sensor beneath our D300’s lens,” Engadget informs us, mysteriously…