Steve Jobs to make appearance at January 19th launch of 'The Daily'? 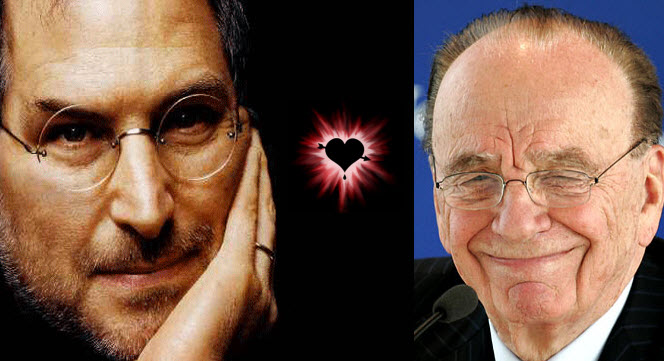 According to Cutline, Apple CEO Steve Jobs will join News corp head Rupert Murdoch on stage to launch the new made for iPad (and other tablets?) magazine called the Daily next week.

The two media moguls will appear together at the San Francisco Museum of Modern Art for the launch, the same venue in which Google announced its Instant Search a few months ago.

Known as The Daily, Murdoch’s iPad publication has been the talk of the media world over the past couple months, and the News Corp. chief has even dubbed it his “No. 1 most exciting project.” The hush-hush project has been taking shape at the company’s Manhattan headquarters, but it will also have staffers in Los Angeles.Jesse Angelo left Murdoch’s New York Post, where he was second in command, to run The Daily, and former Viacom digital distribution boss Greg Clayman came aboard to run the business side. Murdoch is reportedly willing to sink $30 million into the project.The cash infusion has spurred The Daily into a high-profile hiring spree over the past couple of months. So far, Angelo and his team have brought in a number of top-notch journalists from media outlets such as the New Yorker, the Daily Beast, Forbes, AOL and Politico.

Jobs is also rumored to be joining VerizonWireless CEO Lewell McAdam tomorrow during the Verizon iPhone launch, perhaps making a busy month for the Apple CEO, who doesn’t usually like to share the stage.  Perhaps his 2011 resolution was “sharing the spotlight… more”.