The App Store's about to hit ten billion downloads 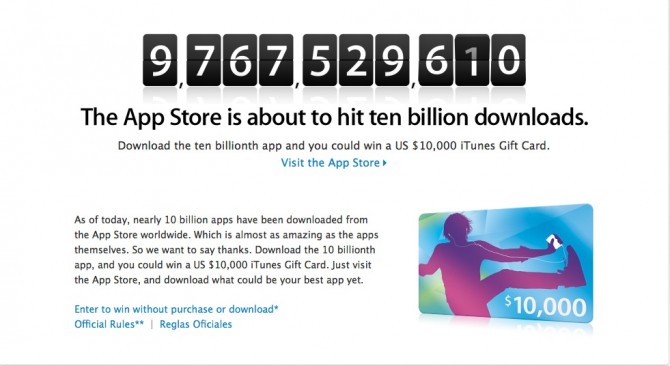 We’re approaching ten billion App Store downloads and this is remarkable. The App Store only opened for business on July 10, 2008. And it was only on October 20, 2010, that Apple confirmed over 7 billion downloads via the store during its OS X Lion special event.

This means that in approximately three months Apple has seen near three billion Apps downloaded from the store. Apple confirmed 6.5 billion App Store downloads in September, and 3 billion such downloads were achieved in January.

As a nod to this big new number, Apple will give one lucky App purchaser a $10,000 iTunes Gift Card just for downloading that elusive ten billionth app. *You’re limited to 25 entries per day*