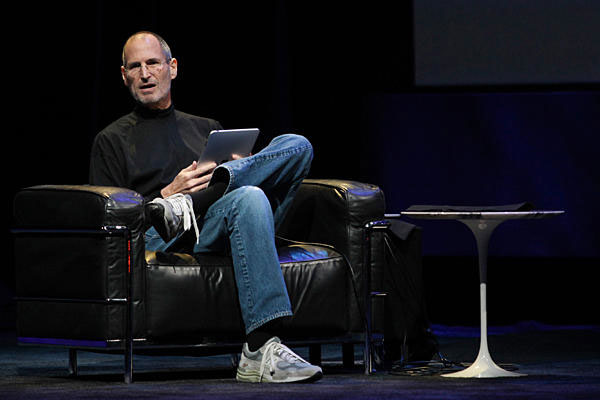 News is breaking this hour that Apple CEO Steve Jobs has been forced to take another round of medical leave from the firm he co-founded.

Apple has published the following note from Jobs, in which he expresses his utmost confidence in COO, Tim Cook, and asks for “respect” for the privacy of himself and his family.

At my request, the board of directors has granted me a medical leave of absence so I can focus on my health. I will continue as CEO and be involved in major strategic decisions for the company.

I have asked Tim Cook to be responsible for all of Apple’s day to day operations. I have great confidence that Tim and the rest of the executive management team will do a terrific job executing the exciting plans we have in place for 2011.

I love Apple so much and hope to be back as soon as I can. In the meantime, my family and I would deeply appreciate respect for our privacy.

Mr. Jobs suffers from immune system issues common with people who have received liver transplants and, as a result, his health suffers from frequent “ups and downs,” according to a person with knowledge of the situation, who agreed to speak on condition of anonymity because he was not authorized to discuss it.

Steve Jobs received a liver transplant in 2009 during a six month absence from the company, since that time he has actively campaigned to improve US organ donation rules in order to make such treatment accessible to others. Jobs was first diagnosed as suffering from pancreatic cancer in 2004, when he first underwent surgery to remove a tumor from his pancreas.

As Jobs goes on leave he can console himself that even in the last year, Apple’s stock has hit new heights, the company has set new record Mac sales, while the iPad has become the most succesful CE product launch since the introduction of the DVD player. Apple’s iPhone continues to transform consumer expectation of what a phone can be.

Today is a public holiday in the US, so Apple’s shares aren’t in play. No doubt company management will field questions on the matter tomorrow during Apple’s financial call. Far be it from me to wax personal in news copy, but I’m sure I’m not alone among the staffers here to wish him a speedy recovery.