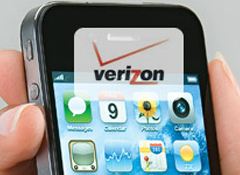 You’d think that Apple moving the iPhone from Consumer Reports’ worst rated network to their best rated one would be cause for some CR celebration.  Instead, they’ve come out against the Verizon iPhone as well (notably before even testing it).

The drawbacks? Those on line for the Verizon iPhone 4 will be locked in for at least 13-20 months before being eligible for an update, ensuring that the summer iPhone 5 and even iPhone 6 will be full on purchases, rather than update prices.  They also mention the CDMA limitation of no calling and data at the same time.

Verizon has yet to issue their iPhone prices or upgrade plans specifically for the iPhone though they just did upgrade their general customer upgrades to 20 months before an upgrade, perhaps in anticipation of carrying the iPhone.