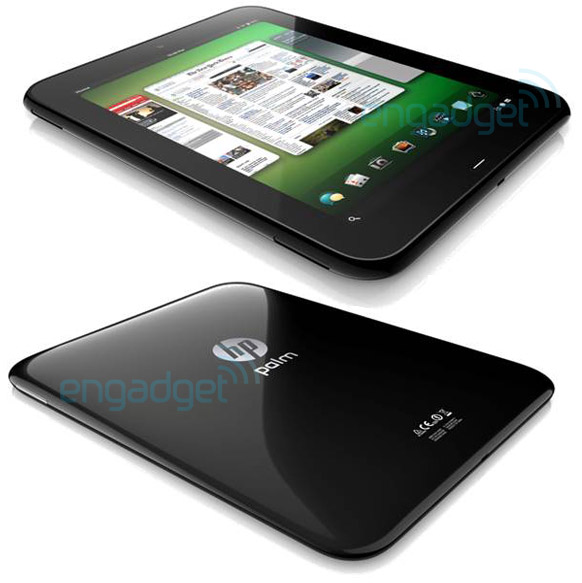 Engadget has what appear to be the first sightings of the HP webOS devices they plan to unveil in February.  I’ll admit it, they look kinda nice, certainly better than the thing Ballmer showed at CES last year.  It probably helps not to have an Intel processor with its overhead and battery inside.

The bad news?  September is when they expect these things to hit retailers and they are only expecting to sell a few million in 2012 according to another leaked document..  That is forever in this fast-paced game.  iPad 2 will already be running strong at that point as it competes with the Blackberry Playbook and Motorola Xoom which should be hitting shelves before summer.