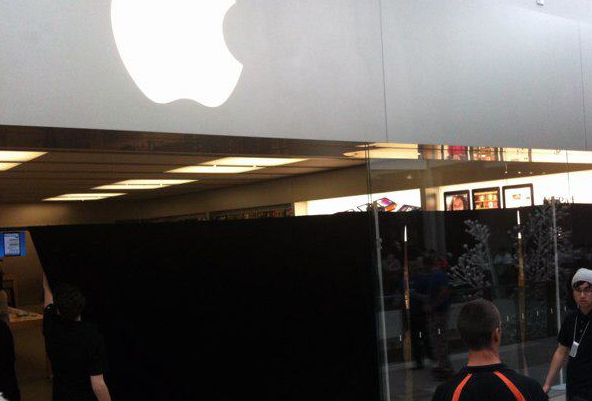 Sources have told 9to5Mac that Apple will be holding one of their retail store overnights on Tuesday. Since Apple has a flurry of upcoming product releases, it is difficult to pinpoint exactly what Apple will be releasing – if anything, on Wednesday, June 15th. We first heard about this last week and figured it was OS X Lion related, but now that new chatter has arisen and now that we know Lion is coming in July, we feel it is the right to time to rundown Wednesday’s new possibilities.

The first item on the list would be new MacBook Airs with Sandy Bridge processors and Thunderbolt I/O. Digitimes and CNET have said that the new Airs are coming in either June or July and ChronicWire says they are coming this Wednesday. We have since heard from a source that there are still some current generation MacBook Airs shipping to retail stores across the world into the next couple of weeks. Because of our own independent information, we doubt a new MacBook Air launch for Wednesday. It does make sense though based on the scheduled retail overnight.

Next would be servers. We were first to report that Mac Pro and Mac mini server models are at the constraint stage for supplies, and since then we have been told that supplies have diminished even more with no more current generation models coming through to retail channels. Also, Time Capsules and Airport Extremes are showing the constraint status.

Additionally, sources tell 9to5Mac that Tuesday’s overnight may be related to Apple removing parts of their rumored-be-disappearing software wall. At this point, we are unsure of what is exactly going down Wednesday. It could be new MacBook Airs, Mac minis, Mac Pros, Servers, AirPorts, Time Capsules, or absolutely nothing related to a major product release. We’ll let you know when we hear more.

Update: Wednesday could be related to Apple’s annual Back to School promotion.

Update 2: Another source says that some of the new visuals pertain to the Teach for America Foundation. This is the same foundation that Apple is promoting the donation of iPads toward. This “teaching” theme may or may not confirm the start of the Back to School promotion on Wednesday.