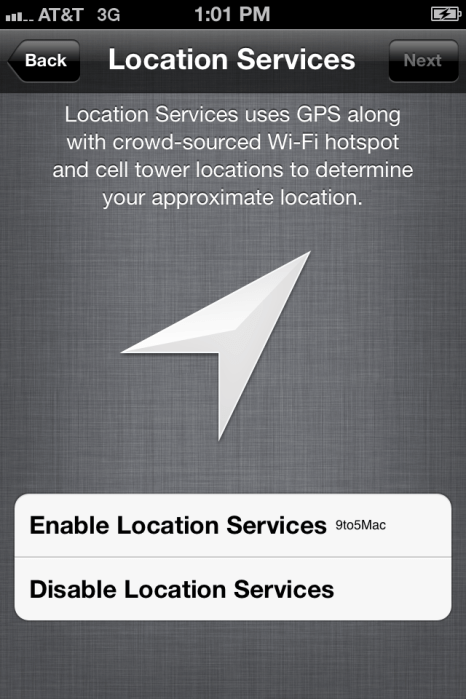 Apple has already announced that they will be building a new mapping service based on crowd-sourcing, and in iOS 5 Apple is more clear about this. Apple is also more clear about their use location in iOS 5 beta 3, putting in a clear and descriptive boot screen (on first setup) that discusses the device’s location services. This screenshot is shown above. (Thanks, Devin and PiratX!)

In addition, we are noticing speed improvements and bug improvements throughout the operating system. Notably, the camera application is much faster to boot with the iPhone 4. More snappiness is present in Safari. Also, a slight user interface tweak in the iTunes WiFi sync menu is present. That is shown after the break. Let us know if you find anything else… tips@9to5mac.com.

Update: Reminders.app got a new icon! Shown after the break. 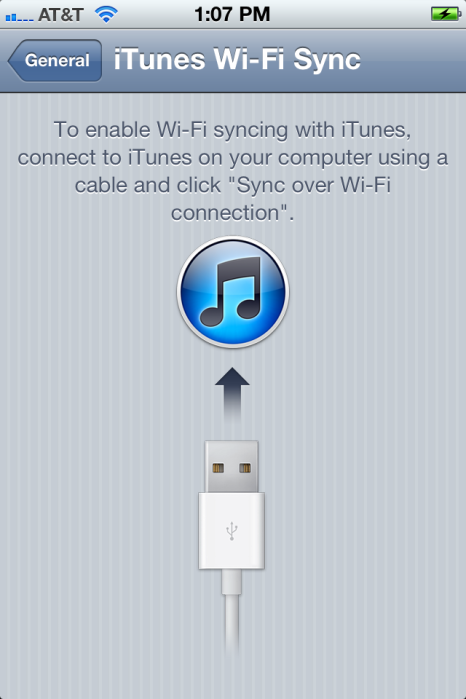 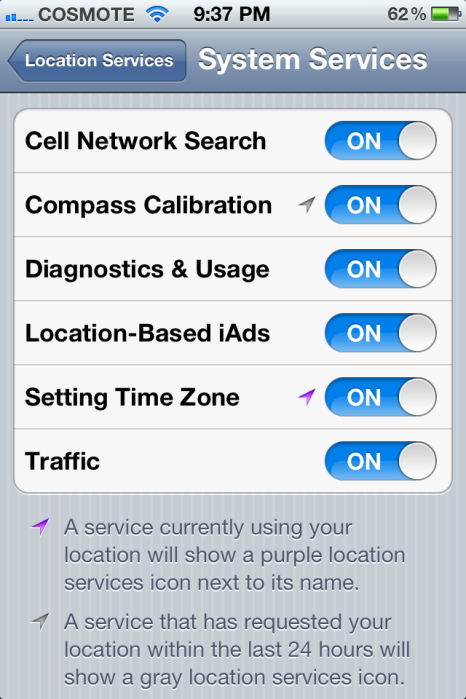 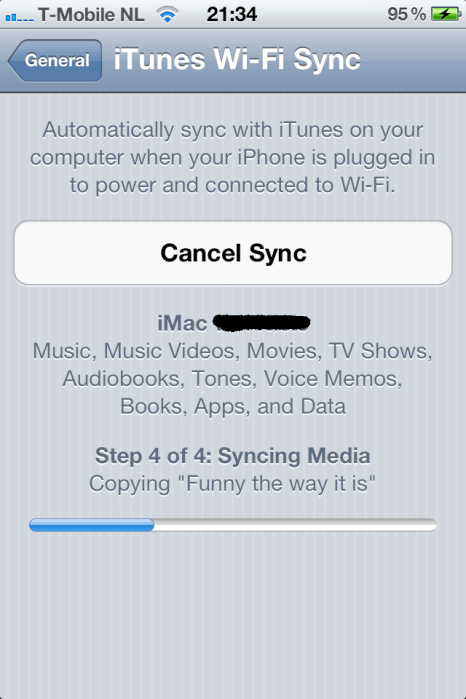