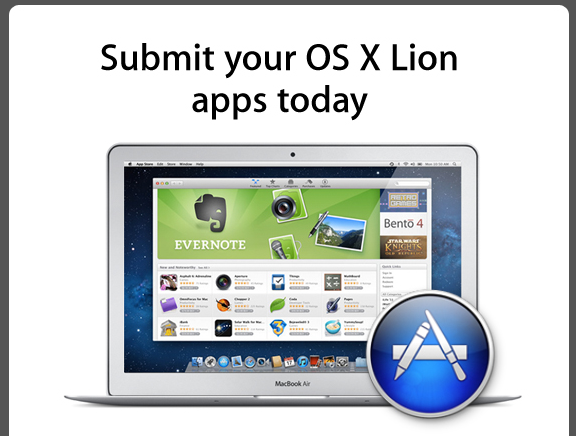 Apple has opened the door today for developers to submit OS X Lion applications for inclusion on the Mac App Store. These applications should be tested against the Golden Master seeds of both OS X Lion and Xcode 4.1. Mac OS X Lion is expected to ship later this week alongside new MacBook Airs and Mac Pros.

OS X Lion, the eighth major release of the world’s most advanced operating system, will soon be available to millions of Mac users around the world. Submit your Lion apps for review now so they can be on the Mac App Store when Lion ships this month. Be sure to build, test, and compile your apps using Mac OS X Lion GM Seed and Xcode 4.1 for Lion GM seed prior to uploading your binary to iTunes Connect.