WSJ: China Mobile “getting closer” to deal that will make iPhone available to 600 million subscribers

Without revealing too many new details, The Wall Street Journal reports that Apple and China Mobile are “getting closer” to the seemingly elusive China Mobile iPhone deal. China Mobile is the mainland’s largest carrier with over 600 million subscribers (that’s about the equiv. of the US+European populations). The report also confirms that it was, in fact, Tim Cook who was spotted at China Mobile‘s headquarters in mid-June. 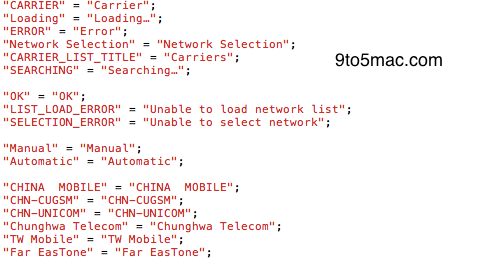 China Mobile references in the iOS SDK – Thanks, Sonny Dickson!

The WSJ also discusses the price of the current iPhone models in context with the average salaries for China households:

The iPhone, which currently sells for between 3,999 and 5,999 yuan without contract, would be a luxury for many Chinese consumers. The average household income in the first half of 2011 was 12,076 yuan, according to China’s national statistics bureau.

With this fact in mind, it makes sense for Apple to build and sell a more economical iPhone. The report is not specific about when this China Mobile iPhone will launch and China Mobile has already confirmed that talks with Apple over carrying the iPhone are ongoing. Be sure to check out the WSJ’s explanation of the “exclusive” in the video above.