‘Apple is only scratching the surface in China’ with 6X growth and $3.8B quarter? 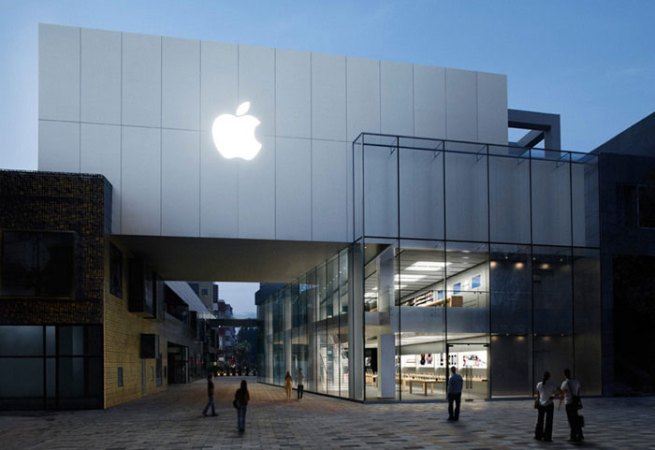 Apple felt incredibly bullish on China in today’s conference call, rattling off numbers that even Tim Cook admitted they wouldn’t have believed if they had been told a year ago.  How big is China for Apple?

In the year ago quarter, Apple counted $630 Million in revenues from China.  Today, Apple grew that by a factor of six to $3.8B of the total $28+B of their total revenues for the quarter.  That’s 13.3% of Apple’s total business by revenue which now comes from China.

To put that in perspective, $3.8B would have been over two-thirds of Apple’s 2007 (iPhone release) same quarter revenue and more than Apple’s whole global revenue for June ’05.

But ‘we’re only scratching the surface’.

Cook talked again about pre-paid phones (which are dominant in China) and a deal with the 600M-user China Mobile which is said to be in the wings.  Apple is also said to be exploring a cheaper iPhone offering which would appeal to a much broader swath of the Chinese market (Indian too).  This comes against a backdrop of Google Chairmen Eric Schmidt who is also bullish on Asia for Android.

Apple is also being aggressive in their China retail stores, choosing to open larger flagship stores which take more time to build.  CFO Peter Oppenheimer mentioned that the Hong Kong Flagship store at the IFC would be opening this quarter.  But Apple has an order of magnitude more stores opening up across China.  Apple now sells through four stores.  They have over 30 planned just for the next year.

If Apple’s growth in China stays on the current pace, which ‘scratching the surface’ seems to at least partially imply, China will account for over $20B in revenue at this time next year – which could start approach Apple’s US revenues even if Apple continues to grow globally as it has.

Below is an edited transcript of Cook’s remarks on China from Macworld:

Overseas markets
China was very key to our results. As a reminder, for greater China—mainland China, Hong Kong, and Taiwan—year-over-year it was up over 6 times. And the revenue was approximately $3.8 billion during the quarter. And that makes the year-to-date numbers through the three quarters we’ve had thus far around $8.8 billion. So this has been a substantial opportunity for Apple, and I firmly believe that we’re just scratching the surface right now. I think there is an incredible opportunity for Apple there.

[For the iPhone,] we did add 42 new carriers and 15 new countries during the quarter. So we continued our expansion efforts… However, those occurred throughout the quarter. The real sequential improvement, frankly, was due to emerging and developed markets. China was a big part of it, Latin America (driven by Brazil and Mexico) was a big part of it, and the Middle East was a big part of it. Which I think is great for Apple, because these are markets that Apple historically has not been as strong in. And we’re really beginning to see the fruits of our labor in these markets.

Prepaid or unlocked phones—said more in English, phones sold without a contract—are very key in China and a number of the emerging markets, where the credit systems are not as well established as they are in the U.S., Japan, western Europe, Australia, et cetera. You can look at our volume, the iPhone volume for the first three quarters of fiscal year was up 5 times year-over-year. And iPhone is the key contributor to greater China having a cumulative revenue of around $8.8 billion for the first three quarters. And so I’m not saying at all that we have figured out precisely how to play perfectly in the environment—we haven’t. I think we have more to do and more to learn, but I feel very, very good about our progress.