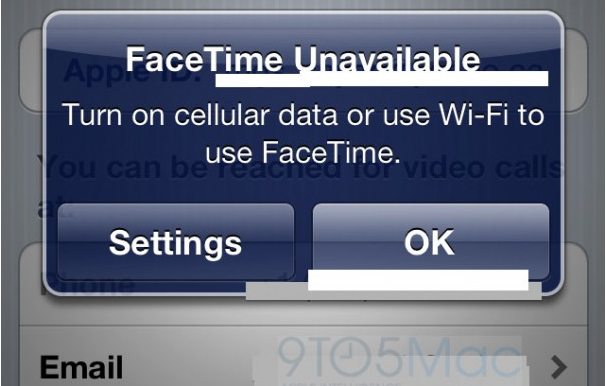 In June we reported that the fifth-generation iPhone had reached its final testing stage, and within that report we noted that Apple and Verizon Wireless were yet to strike a deal for FaceTime video calling over 3G networks. Now our sources have followed up to let us know the progress on this situation. Currently, Verizon has multiple engineers testing FaceTime over 3G in many regions with heavy iPhone usage. According to a couple of people who have seen such Verizon 3G FaceTime in action, the quality looks fairly good. Perhaps Verizon has been tweaking its comparatively-slow network in order to reach this seamless FaceTime video calling experience. In addition, Apple’s iOS 5, which is launching this fall, includes a tweaked FaceTime backend that provides a better quality video call overall.

To put it simply, Apple and Verizon are still in negotiations over bringing FaceTime 3G to end users. The issue is not particularly on Apple’s side, as support for FaceTime 3G is fully integrated into iOS 5 as proven by the aforementioned testing and our own findings in iOS betas. The reason that negotiations are still ongoing is due to a disagreement between Apple and Verizon. Apple wants FaceTime over 3G to a be a seamless experience for the end user: a feature that works for all Verizon iPhone customers. This would mean that Verizon 3G FaceTime needs to work for users with both unlimited or tiered data plans. The problem is that Verizon stresses that the feature should be limited to tiered-data plan users only. This would consequently limit usage over 3G, furthermore leaving open more bandwidth. This would mean higher quality calls over 3G.

This is a big deal for a few reasons. The first and more important is that if Apple and Verizon cannot close an agreement, Verizon iPhone users may be far from FaceTiming over 3G. Speaking of which, we have yet to hear anything out of the AT&T camp. Knowing their past history with adding iPhone features, AT&T iPhone users may not see 3G FaceTime when iOS 5 launches later this year. This is also a big deal in the case that Verizon wins the argument. Customers who are paying more for unlimited data will be out of a really neat feature: a feature that will surely make FaceTime more popular. The third scenario is Verizon giving into Apple’s demands. This would mean lower-quality video calls as more people will be using the feature without a penalty.

We’re thinking that Verizon’s point might be the better way because it will provide a better experience: higher quality FaceTime calls. In addition, Verizon removed unlimited data plans from their lineup earlier this month, so newer and all future Verizon iPhone customers will not even be affected. This argument might even mean that Apple will give in and push out FaceTime 3G on Verizon’s terms. It is, quite frankly, better than nothing at all. Be sure to check out our video, after the break, of a 3G FaceTime call.