Have we found the iPhone 5? 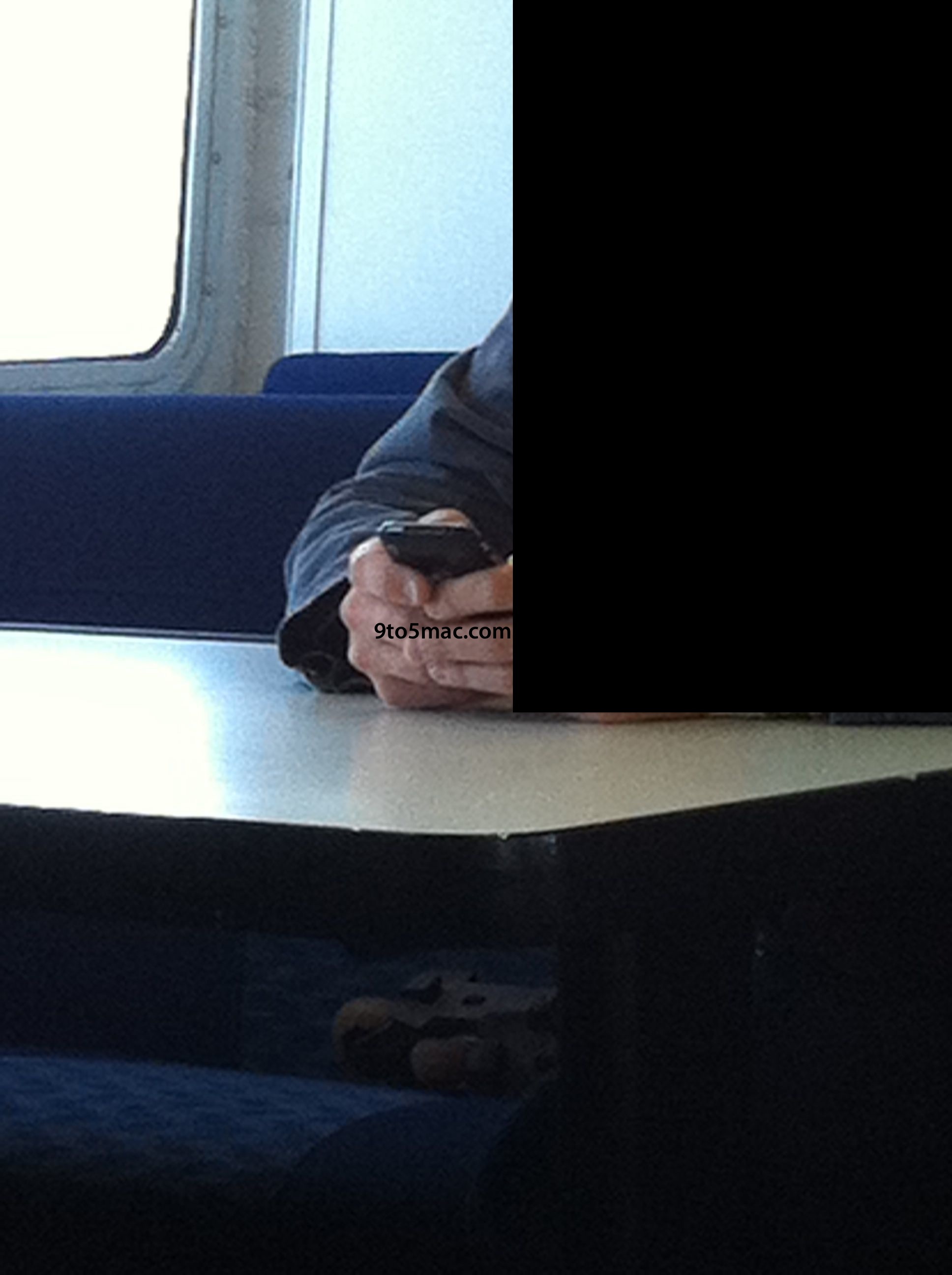 Last evening, a tipster sent us some pictures of what he now thinks is the iPhone 5.  He caught what he said was likely an Apple employee hunched over the device on the way home from work in San Francisco earlier this week.  He told us he was able to get a very good look at the device but the pictures he snapped “didn’t do it justice”.

We contacted the tipster by phone and checked his background.  We believe he saw a totally new Apple device, probably a prototype iPhone 5.  He contacted us because when he got home, he doubted what he saw was legitimate until he looked at the green cases we posted.  Then it all came together for him.  Our tipster has had an iPhone 3GS and currently has an iPhone 4.  He knows his iPhones and iPods and this was like nothing he’s ever seen.  He said it would fit perfectly into the case below. 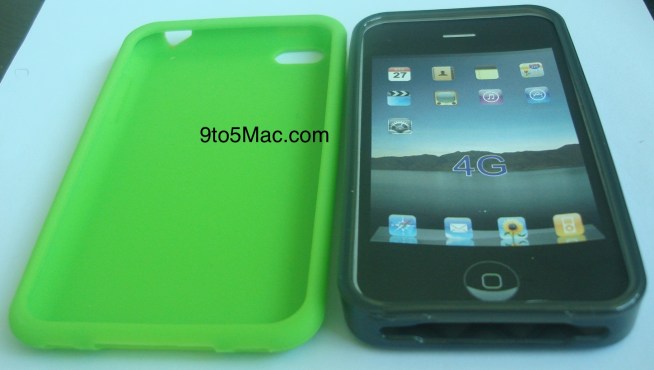 “Almost EVO-like” in screen size, this iPhone also appears thinner than the current iPhone 4 but also wider.  The edges are rounded metal like the edges of a Samsung Galaxy Tab 10.1 but could still function as an antenna.  The back is a curved/tapered glass or plastic.  He couldn’t tell but if he had to guess he’d say glass.  He said it looked too amazing to be built by anyone besides Apple (fanboy!).

Our tipster wasn’t able to see the front/home button and the man holding the device was covering the Apple logo for all but a brief moment when the above picture was snapped.  It seemed apparent that he was trying to hide what he had more than the average smartphone user.

We aren’t certain if this is legitimate or not but it is too thin and flat to be an iPhone 3GS and too rounded to be an iPhone 4.  The black back with Apple logo would seem to rule out an iPod touch.  Our tipster is all but certain it was a new Apple product and the iPhone 5 would be the most likely scenario.

Would Apple let employees out into the world with these over a month before launch?  Apple has acknowledged that they real world test this way in the past (ahem, Gray Powell).  They’ve also indicated that the cases the iPhone 4s came in may have been a factor in not diagnosing the finger spot/antennagate fiasco ahead of time.  So perhaps this is legit? 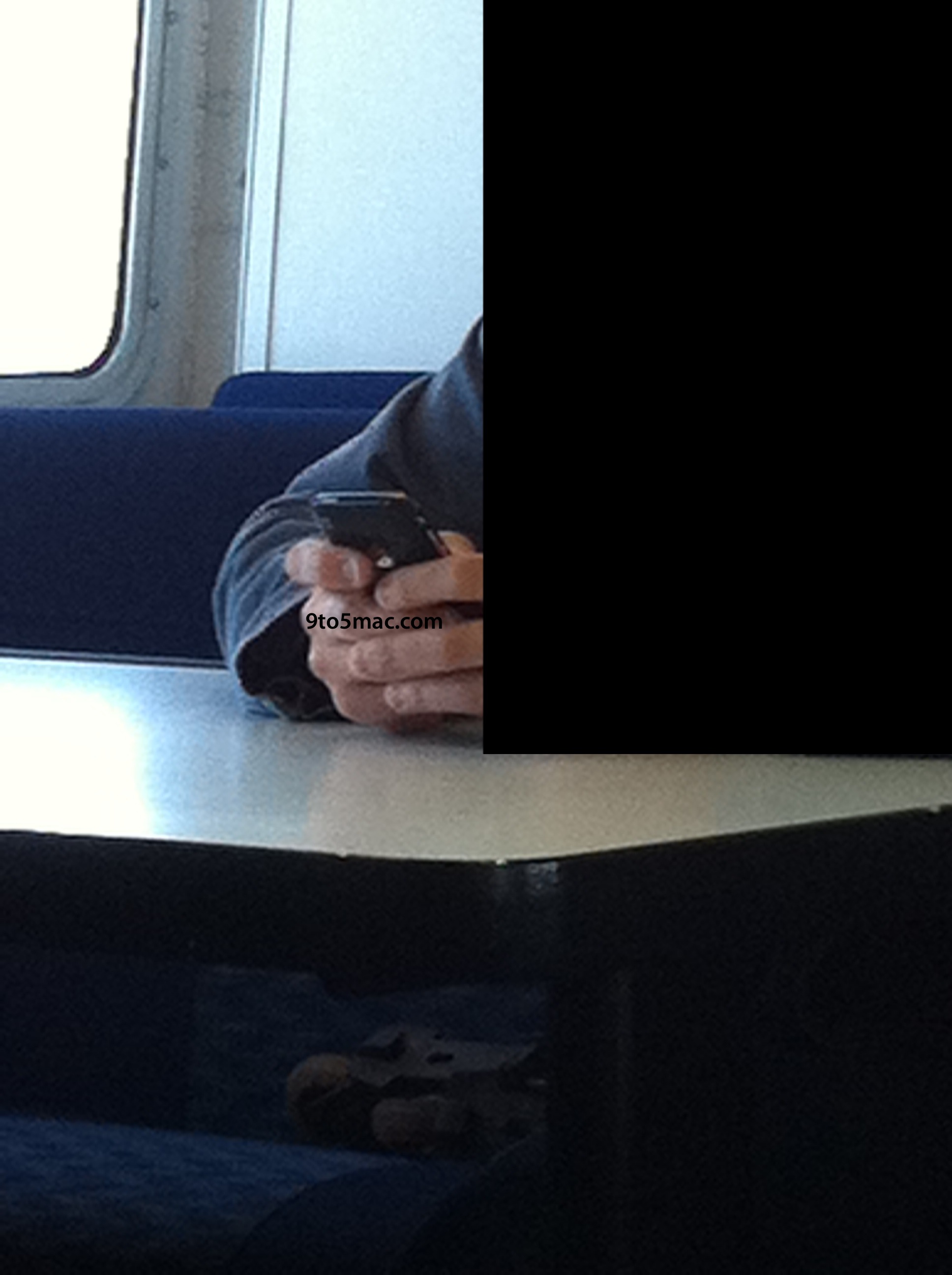