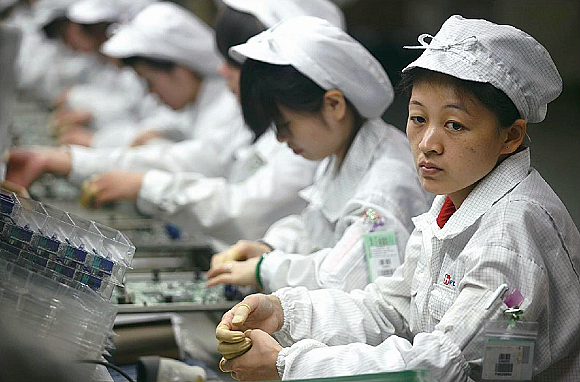 Foxconn’s founder and chariman Terry Gou said the company will replace an unspecified amount workers with one million robots in three years. Foxconn is the Asian manufacturer that is responsible for many components inside of Apple, Sony, and Nokia’s devices. Currently, the company has 10,000 robots and will expand to 300,000 next year, gradually opening the door to a total of one million robots in three years.

One interesting aspect of a robotized workforce is that it makes places with more expensive workers more competitive.

The robots will be used to accomplish basic tasks like spraying, wielding, and assembling. Foxconn currently employs 1.2 million people, therefore one million robots could potentially be a big hit on employment in China.