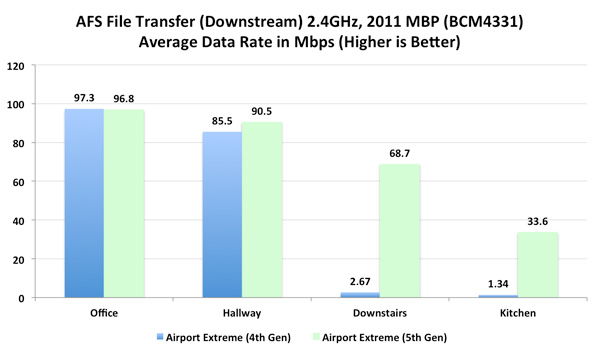 As you probably know, Apple released new Time Machine and Airport Extreme products last month.  On the outside, these devices were virtually identical to the products they replaced, but even before they were released, we’d found that they were different inside.   AnandTech did some serious in-depth testing on the new products and found that swapping out last year’s model with this year’s can improve data rates, especially at long distances.

At the end of the day, the new Airport Extreme dramatically improves throughput in the best case and in a few regions where signal was previously unusable. In the worst case (location 4), performance improves from being essentially unusable to totally fine, and in the case of the 2010MBP goes from not being able to connect at all to pushing 23 Mbps.

The new Broadcom BCM4331 based WiFi stack replaces the Marvell 88W8366 WLAN solution of the generation 4.  The results are more power usage on the downside but much better range on the upside as you can see in the figures, above and below.  Specifically, the 2.4GHz network performed almost at almost full strength in some places where the previous model had barely a signal. 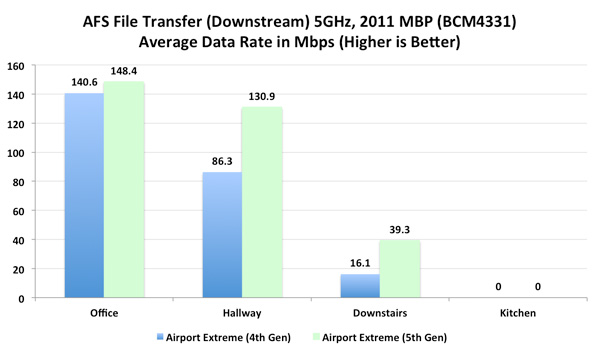 Finally, AnandTech dismissed the idea of software update caching even though code was found in the latest builds of the Time Machine OS.

Airport Extremes and Time Capsules can be purchased at Amazon with modest discounts.