Of the new iPods, a Bluetooth, wearable nano is the one to watch

We’ve been hearing so much about the new iPhone 5 that it has all but drowned out any talk of the iPods, which are traditionally released at the September Apple event as well. There hasn’t been any definitive word, but I expect them to get an update as well before the holiday shopping season.

The new iPod touch will likely head in the same direction as the iPhone 5 – faster A5 processor and better backside camera (hopfully 3MP w/ autofocus?) etc. I don’t expect a lot of innovation on what is already a pretty incredible little device. Perhaps a $199 entry level price tag (a $30 drop – which we already see quite often) will be the marquee new spec.

The iPod classic wasn’t upgraded last year and wasn’t on the keynote slide (below) where Steve Jobs said “we’ve got All-new designs for every model” which kind of makes it feel dead to me. 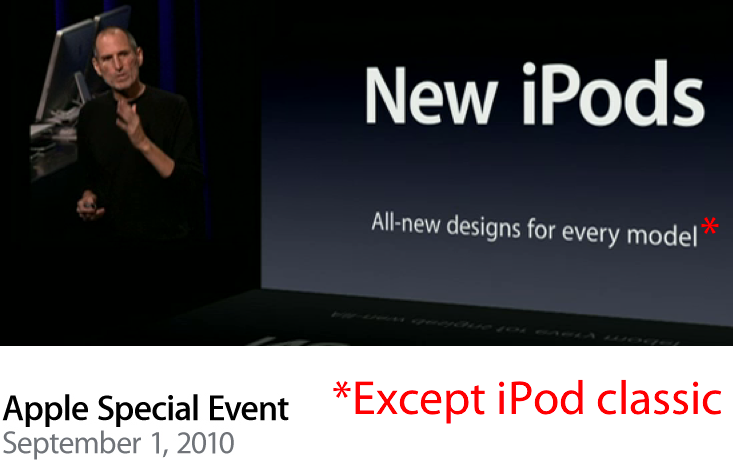 You can still buy classics in their 2 year old form a year later but with iCloud kicking into gear, I think Apple’s chances of killing it this year are better than keeping it around. More awesome/unlikely would be giving it Wifi and turning out a big HDD wireless media hub like the Seagate GoFlex Satellite.

But where I think there will be real innovation, however, will be the iPod nano… 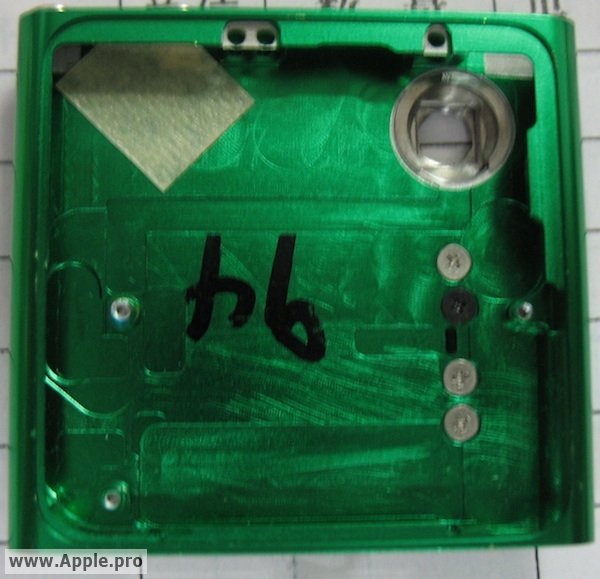 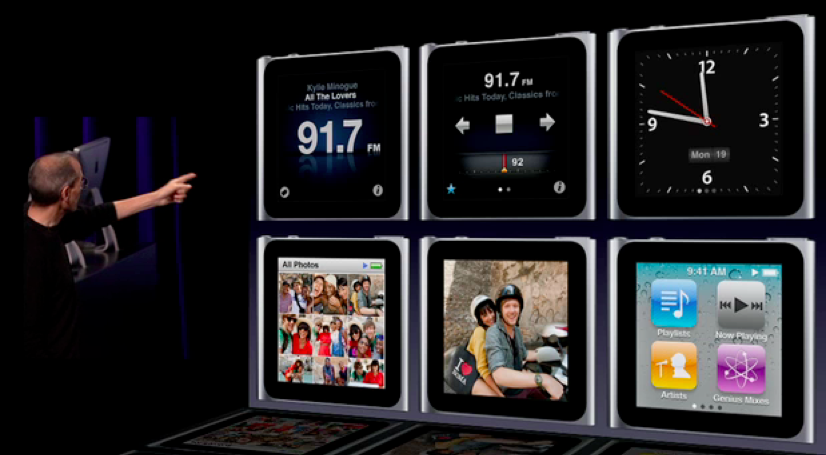 The iPod nano was upgraded/downgraded last year to to remove its camera functionality as well as the large screen and click-wheel interface. Replacing, is an almost Shuffle-sized little touchscreen with four little icons and simple little apps, including FM radio, music app, photos app, voice notes and pedometer for NikePlus. 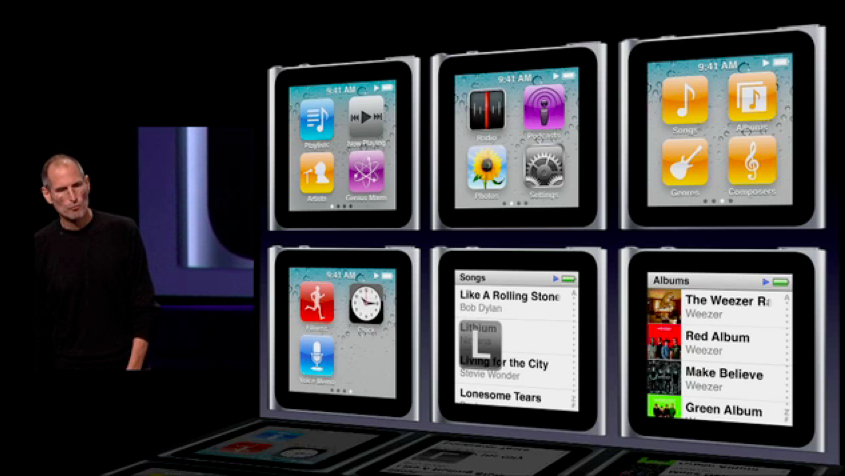 Most importantly, it dropped the scroll-wheel based OS that came from Apple’s original purchase of PortalPlayer many moons ago. The new Nano OS is now a new touch-screen based OS that is a spinoff of iOS. This is the first generation of the product. There is a lot of room to innovate the nano.

First take a look at what the competition is doing. Sony released the ‘LiveView’ accessory at about the same time as the nano was released. You’ve probably never heard of it but it is an impressive technology demonstration:

A more compelling platform may be the WIMM Android platform which is a full fledged, stand-alone device which includes not only Bluetooth but Wifi:

LiveView connects to Sony’s phones via Bluetooth. Interestingly, Apple announced support for the ultra-low power Bluetooth 4.0 spec in its latest MacBook Airs and Minis and is now a heavyweight on the Bluetooth spec board of directors. It would be surprising if Apple didn’t bring that same low power Bluetooth 4 to iOS devices next month.

With it will come an easy, low power way to sync iPod nanos and iOS devices (and sure, Macs and AppleTVs which also conveniently have inactive Bluetooth). You could get social feeds, email alerts, text messages, iMessages and everything else that Apple channels through its alerts notifications.

iPod nanos were finding their way onto people’s wrists before they were even released so a Nano-watch tie up makes a lot of sense. Perhaps Apple makes a ‘wrist mount’? A Bike mount? A steering wheel mount? A necklace?

Communication with iOS Devices – making it an iOS accessory – would be huge. With low powered Bluetooth, your songs and picture albums sync automatically. The pedometer app never needs to be plugged in. You could even theoretically stream video to your tiny Nano screen.

Speaking of video, that leaked case from earlier this year had a camera. I don’t know how to rectify that, especially on the back side but there it is. Perhaps this isn’t a camera hole after all and is for something else like charging.

But it could get better. With an IP stack, you could even connect to the iOS device’s internet connection over Bluetooth. There, you could stream media from your iCloud directly (rather than having to sync up). YouTube, Flickr MLB all become options – even Nuance Voice navigation becomes an unlikely possiblity.

Perhaps most importantly, you could also lose the 8GB or 16GB of storage and go with something more modest like 2GB of local storage which would make the device smaller and cheaper (offsetting extra wireless parts costs). Dropping this thing to $100 would be huge.

Sure the screen is small – perhaps Apple throws some more pixels at the situation. 320×240 would be better for video.

But with 200 million iOS devices becoming almost ubiquitous among Apple users, turning the Nano into an iOS accessory (like the AppleTV) seems like a good long term strategy.