iOS 5 Assistant based on Siri technology, may tap into contacts, calendars, e-mail

While we were able to exclusively report on substantial evidence that Apple is planning a system-wide voice navigation system called “Assistant” in iOS 5, there has been some debate over what will actually be powering the system. We reported that this Assistant feature will be powered by Siri’s technology, but that was based on similarities to the Siri technology and based on Apple’s purchase of the company last year. However, there is also the Nuance factor.

While Nuance powers the voice-recognition aspect of Siri’s iPhone application, the company recently released an application very similar to Siri, allowing some to figure that Apple’s iOS 5 Assistant could be completely based on Nuance technology. After all, Apple and Nuance are confirmed to be working together in at least one product. According to confirmation from the iOS SDK (shown above), Apple and Nuance’s partnership for iOS 5 will likely be capped at speech-to-text and the voice recognition backend for Assistant. Siri’s artificial intelligence and technology will be the driving force behind the feature. We also think that we have an idea of what Assistant will actually do once it is fully integrated into iOS… 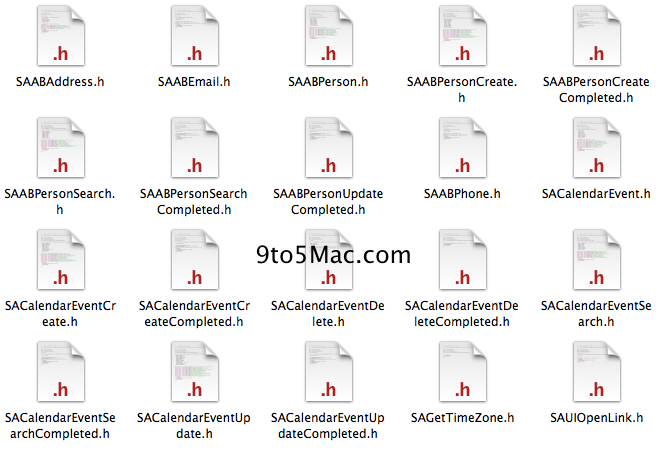 It appears that Siri’s technology will not only be the driving force, but this Assistant feature will very closely mirror the Siri iPhone application. According to code files related to Assistant, the service will be able to tap into a user’s address book, e-mail, calendars, phone application, and will be able to open links. Since Apple is constantly shifting their release plans, we can’t confirm that said code will show up in the final version. Additionally, unlike with the Nuance Dictation speech-to-text functionality, Assistant looks to be a go for both newer iPhone models and the iPad 2. 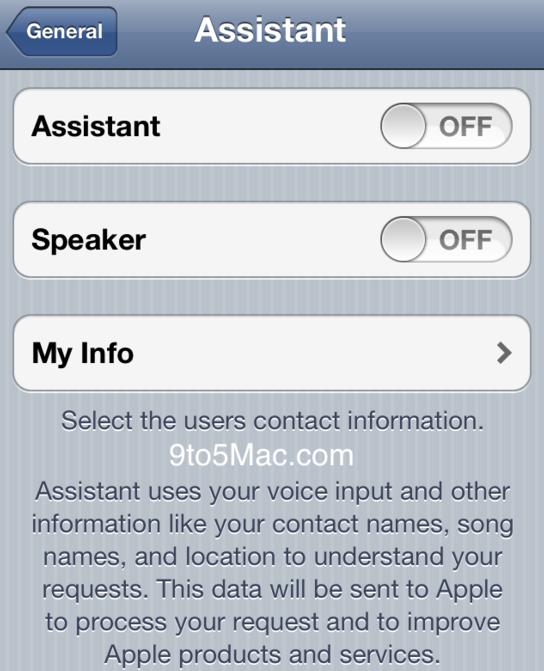 Thanks @gojohnnyboi and Sonny Dickson!