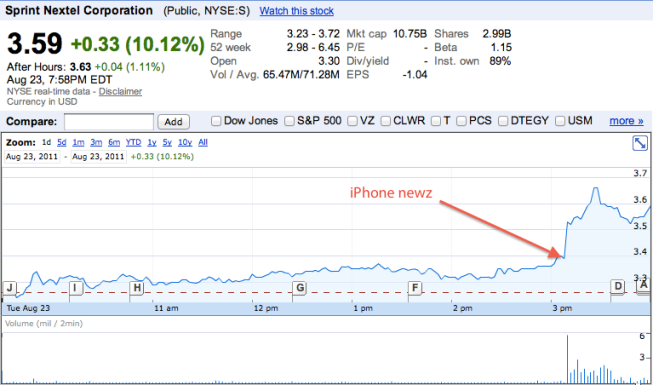 AAPL was also up on the news with the broader market.

Why does anyone care about Sprint?  Well, Sprint has lower data costs, and offers truly unlimited data plans.  They also have two of the more popular Pre-paid options in Boost and Virgin Mobile.  Sprint also offers integrated Google Voice (if you are into that sort of thing).

One thing most people don’t expect however is to see a 4G WiMAX iPhone.  The chips, costs and battery sacrifices aren’t something that Apple has done in the past, especially for a relatively small market.  Still, it’s not out of the realm of possibility.