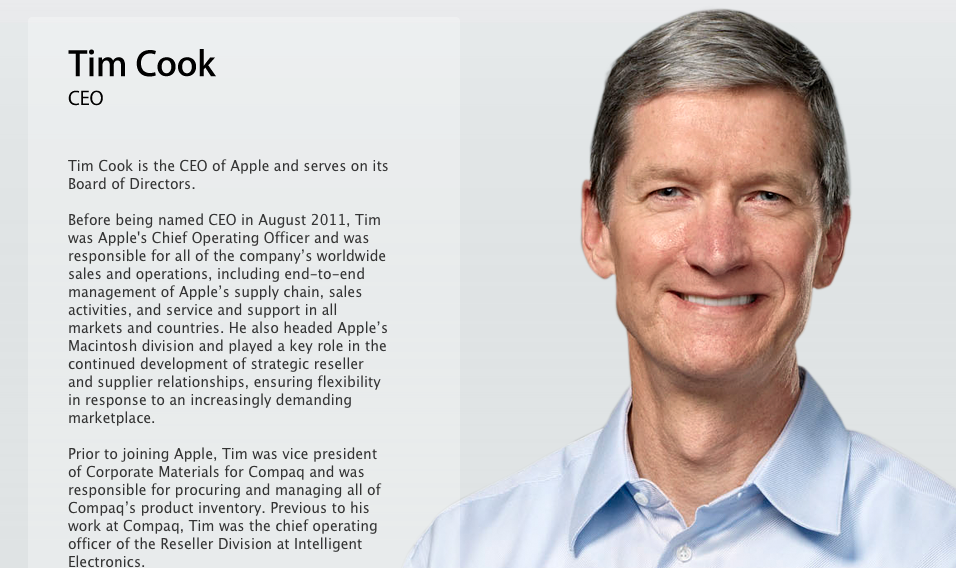 If you don’t know by now, former Apple COO Tim Cook will officially be taking over the reins as Apple CEO following Steve Jobs emotional resignation yesterday. While this left some to wonder whether or not the Apple culture Jobs help create would remain, Cook has now addressed the Apple team as CEO (posted below) ensuring the company and devoted followers that the core principles of Apple will indeed stay the same. (via ArsTechnica):

Cook has considerable experience at Apple and in the technology industry as a whole. Having joined the company in 1998 (after working at IBM for 12+ years) as Senior Vice President of Worldwide Operations, Cook’s work ethic and dedication eventually leaked over to the Macintosh division in 2004, and ultimately landed him in a role as COO where he has been since 2007. Cook is also said to have filled in for many of the key, day-to-day tasks that Jobs (who was recently on medical leave) would have otherwise performed, giving him not only experience at Apple, but also over a years combined experience as CEO.

I am looking forward to the amazing opportunity of serving as CEO of the most innovative company in the world. Joining Apple was the best decision I’ve ever made and it’s been the privilege of a lifetime to work for Apple and Steve for over 13 years. I share Steve’s optimism for Apple’s bright future.

Steve has been an incredible leader and mentor to me, as well as to the entire executive team and our amazing employees. We are really looking forward to Steve’s ongoing guidance and inspiration as our Chairman.

I want you to be confident that Apple is not going to change. I cherish and celebrate Apple’s unique principles and values. Steve built a company and culture that is unlike any other in the world and we are going to stay true to that—it is in our DNA. We are going to continue to make the best products in the world that delight our customers and make our employees incredibly proud of what they do.

I love Apple and I am looking forward to diving into my new role. All of the incredible support from the Board, the executive team and many of you has been inspiring. I am confident our best years lie ahead of us and that together we will continue to make Apple the magical place that it is.