Flipboard to bring TV shows to iPad? iPhone app in the works 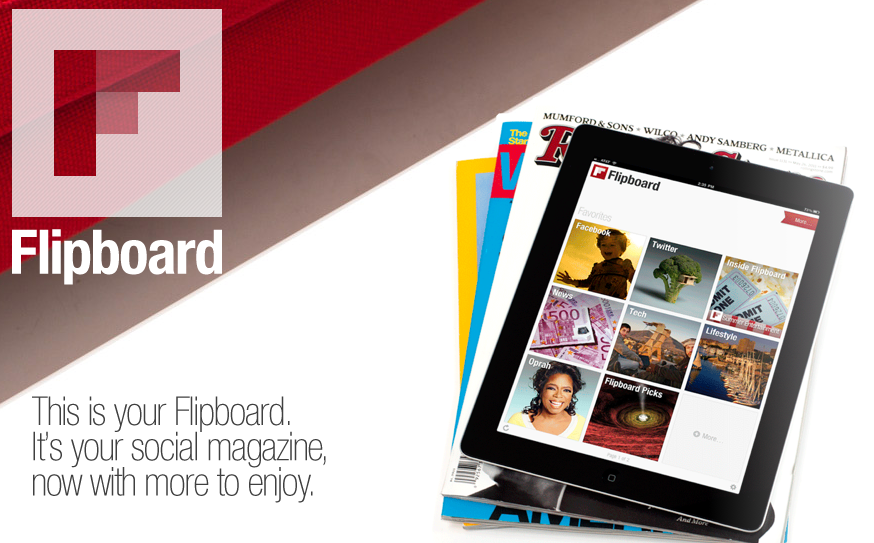 A report from Reuters suggests Palo Alto-based Flipboard is considering taking on Netflix, Hulu, Apple, and others by attempting to land deals that would allow them to offer TV shows.

Flipboard is currently only available as an iPad app and as it stands provides limited content (albeit in a stylish manner) in magazine format from a number of publications including Economist and Oprah.com. It also takes a unique approach of integrating social updates from Twitter and Facebook into the layout. The report claims Flipboard is currently in talks with studios in order to land the deals necessary for rights to add TV shows as well.

It’s unclear exactly who the company has approached and how far along talks are, but the report says Chief Executive Mike McCue wants to start on the project “at the end of the year”. He also has plans to sign up book publishers and release an iPhone version in the near future. This comes on the heels of competitor Zite being snatched up by CNN, and a number of other high profile alternatives getting deals with studios in place.

The free app currently has approximately three million downloads and makes its money off advertising, which Flipboard keeps an unspecified percentage of. Although, they haven’t ruled out the possibility of subscription models, which will more than likely be the case if TV shows become available. After all, we know the rental model is probably out of question. While the number of active readers hasn’t been released, they certainly aren’t that impressive. Reuters reports:

“Conde Nast says each of its four publications on Flipboard averages about 100,000 readers, compared to millions for the regular online sites for those same publications”