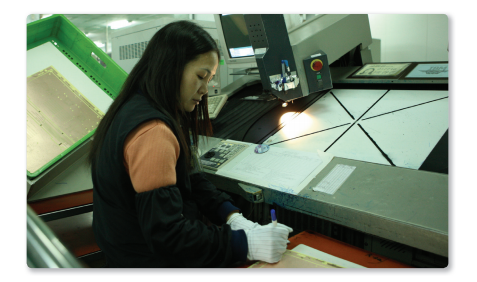 A report released on Wednesday from five independent environmental organizations in China (via Financial Times) accuses Apple of knowingly inking deals with known polluters and taking“advantage of the loopholes in developing countries’ environmental management systems”.

The report even goes as far as claiming air pollution from two factories (Kaedar Electronics and Unimicron Electronics) have forced villagers, who say they’ve noticed increased cancer rates since the factories popped up, to send their children out of town for school.

The groups involved in the report claim to have worked with 29 large technology companies over the past year to reduce the amount in which their supply chain contributes to pollution in the country. Apple was allegedly unresponsive, encouraging director of the Institute of Public and Environmental Affairs Ma Jun and others in the group to release today’s report.

In an interesting twist, Apple apparently contacted Jun and the group questioning his allegations before the report was published. According to FT, Apple told Jun that many of the suppliers listed weren’t associated with the company, without providing specifics. It’s important to note that factories listed in the report were gathered through court documents and other public sources. Apple doesn’t publicly make the names of most of its suppliers available (with exceptions).

The latest Apple Supplier Responsibility report doesn’t completely dodge the environmental issues with suppliers. In the small print near the bottom you can find the following:

“37 facilities failed to monitor and control air emissions. For example, facilities did not inspect discharges regularly to ensure compliance with the law, or the air emission outlets were not marked clearly.”

Apple hasn’t released a statement publicly addressing the allegations, but did offer this boilerplate explanation on their dedication to combating pollution:

“Apple is committed to driving the highest standards of social responsibility throughout our supply base,” said Carolyn Wu, an Apple spokeswoman. “We require that our suppliers provide safe working conditions, treat workers with dignity and respect, and use environmentally responsible manufacturing processes wherever Apple products are made.”

This is of course not the first time Apple has come under scrutiny related to their supply chain. As early back as June we told you about an explosion in the iPad plant at Apple supplier Foxconn in Chengdu, China.